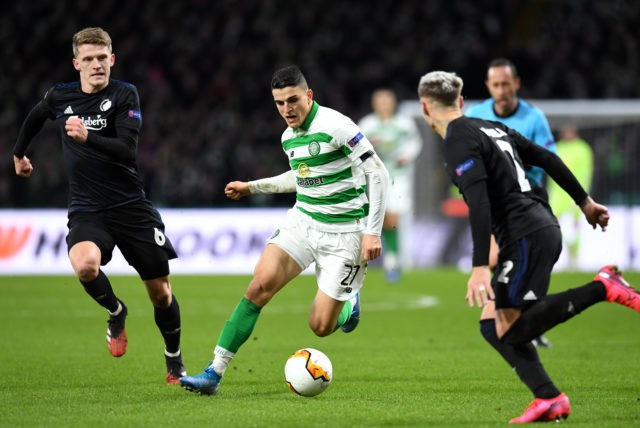 Mohamed Elyounoussi has suggested that he really wants to end the season with Celtic and win the Scottish Premiership title.

The 25-year-old winger joined the Hoops in the summer of 2019 on loan from Premier League club Southampton.

He has suggested to the Scottish Sun that he plans to go back to Southampton when his loan spell at Celtic ends.

Elyounoussi’s contract at the club ends in June, and there is no clear indication of how it would be sorted out if the season doesn’t end by that time.

Football across Europe has been postponed due to the Coronavirus pandemic and chances are high that it may take several months to get the leagues to resume, if at all.

While the football governing body has urged the clubs to increase the contract deal of the players at this moment, everything is unclear. It will be very difficult to start a new season when the current season is still not finished.

The Norway international has suggested that he would be very disappointed if he fails to win the title with Celtic.

Elyounoussi told The Scottish Sun: “I still have three years left of the contract with Southampton. I want to show a better side of myself than what I have done.

“I hope I can go back and fight for a place next season. But at the same time, I really want to finish the season at Celtic and win the league.”

There have been suggestions that the Bhoys could move for Elyounoussi on a permanent deal, but the winger has clearly stated that he sees his long-term future at St Mary’s.

He has had injury issues this season, and has scored four goals in 10 Scottish Premiership matches.