Being the Los Angeles Galaxy manager isn’t easy, or rather, it’s much harder than Ruud Gullit had anticipated. The former Chelsea coach and 1987 European Football of the Year is getting a closer grip on reality day after day, and isn’t hiding his malcontent (event though the team is currently ranked 2nd in the Western Conference, behind FC Dallas).

“I’m sure that when people think of LA Galaxy, the picture that comes to mind is not of our staff making phone calls to friends on Friday to see if they can play in a reserve game on Sunday, but, strange as it may seem, this is the reality” declared the Dutch manager in an interview to English newspaper Sunday Times. “I can’t play sexy football with this team at the moment because we are not ready for this“.
. 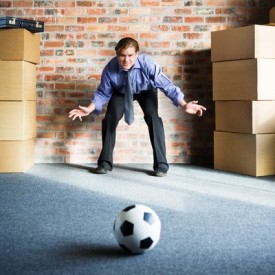 “Two weeks ago we had a game at home [against San Jose] and I had two of my office staff from the commercial department playing, two people whose job is to sit in the office all day doing their work. We needed bodies and we didn’t have bodies, so we asked them to play (…)There are 26 players on our roster, five were out injured. This left us with 21 players, but there is a rule [in MLS] that prevents reserve team players from playing for more than 120 minutes within the space of 48 hours. If they have played the day before in the first team for 90 minutes [reserve games are usually scheduled for the following day] you can do the math”.

Wait it gets worse…

“In the first reserve game of the season at Colorado I had a few players who could play for only 70 minutes and another who only could play for half an hour. So what did we do? We started with 10 men (…) If I have a reserve game and come up two men short, what happens? We have to call people from their job, maybe a carpenter, and they just come to play with our reserve team. If we play in Toronto, we have to call people in Toronto because no one will travel on their own all that way.” 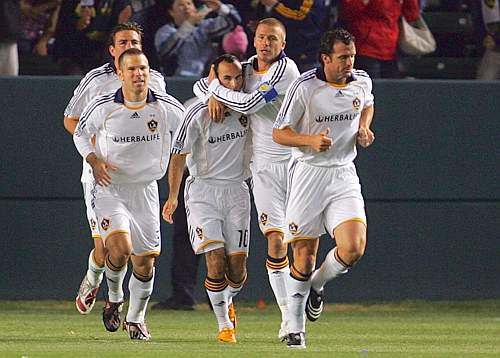 And no, these aren’t “just reserve games” says Gullit, because the reserve team is every bit as important as the first team (“Because of the development of my injured players and players who have to practise their rhythm because they haven’t played for a long time“).

Aside from superstars David Beckham and Landon Donovan (whose annual salaries are $6.5m and $900,000 respectively), Gullit also seems to be struggling with the lack of talent available to him:

“There is a huge difference between the very good players and some of the average players. The reason for this, I have found out, is that young players are not being schooled in the way we do it in Europe. A good young player in Europe will start at youth team level at a professional club and over the years he will build up his knowledge and develop a natural affinity for the game along with a good tactical brain. But here in the United States they play soccer in the schools and then college and they are 20 or 21 years old and they are coming to me, having been coached straight out of a book. None of these coaches has played at any kind of high level. (…) This is a major limitation when these players come into the professional game and it means that I have to go back to basics with them. They’re just rough diamonds and they don’t have the tactical vision”.

However, Gullit says he’s not trying to change the system yet, merely trying to adapt to it. This in spite of the fact that the way certain things are done is ridiculous (“You need to do things in a certain way because otherwise it’s not serious“).

The Dutch manager ends on a positive note, and comments on his new life living in Los Angeles next to stars like Britney Spears, Christina Aguilera, and Justin Timberlake: 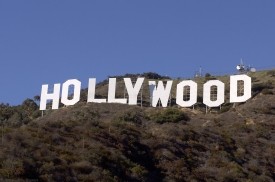 “Everything is good here (…) The quality of life has nothing to do with all the stars living here or the fancy boutiques and restaurants. It’s something more simple: the nice weather, people not pissed off all the time because it is raining. They go to the beach in their flip-flops, it’s all very relaxed and nobody has the slightest idea about who I am. People are not staring at me all the time, I’m staring at other people and some of them are getting to know me because of who I am and not what I am, which is a nice feeling, believe me.”

Thank God for glamour then, eh?

Marco Pantanella features on the Editing team of Soccerlens and is the Author & Chief Editor of the mCalcio blog.