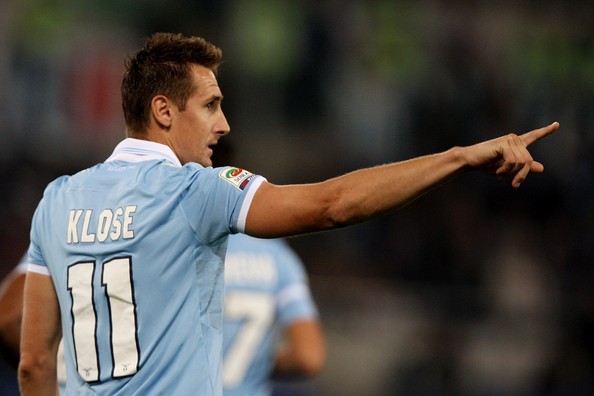 Miroslav Klose is like wine. The older, the better. The 36 year old became the all time leading goal scorer in World Cup history earlier in the summer and it was believed that he would return to former club Kaiserslautern for his final season in his decorated career. However, Lazio manager Stefano Pioli dismissed such claims and results have shown why his decision was flawless.

Klose has instrumental behind Lazio’s performance this season having scored 3 goals and grabbing 2 assists in 9 appearances so far. The veteran striker however has just started thrice but displays unbelievable poaching instincts that was clearly on show as the capital based club beat Cagliari by a 4-2 margin.

The key for Lazio this season however is Filip Djordjevic, the Serbian who joined the club in the summer. It was naturally thought that Djordjevic’s presence would spell the dusk on Klose’s club career. However the 27 year old who has already hit the back of the net 5 times this season has in fact brought the best out of Klose. Djordjevic also mentioned on how he can lean from the German, “Miro is helping me a lot.I am really pleased to play with such an important player. He is a great striker, one of the best in the world at the moment.”

Klose also received the GQ ‘Sporting Man of the Year’ award in Berlin last week, a timely memorabilia capping off a superb year, having won the World Cup in Brazil. The German is probably the last among goal scoring poachers who are now termed as a rare breed of footballers. Strikers these days help their team mates by dropping deep, holding up play and drifting outside on the pitch to drag out defenders and create space for the advanced attacking midfielders.

With the new concept of universality rolling up, players being given no particular positions and asked to play in a number of positions, Klose brings with himself something of an oddity. 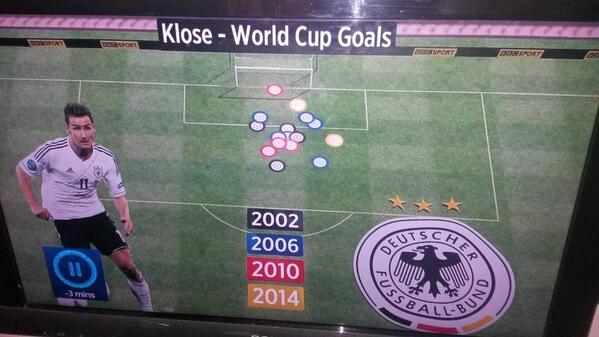 His finishes never comes from dribbling past defenders or from shots taken early or having scored from tight angles. He is just in the right place at the right time. Maybe this is why he has never succeeded in club football as all of his World Cup goals show they were scored from within the box: typical poacher’s instinct.

Lazio are chasing Champions League football this season after a strong start to the season. Maybe Pioli needs the veteran one last time before the latter call time on his illustrious career.