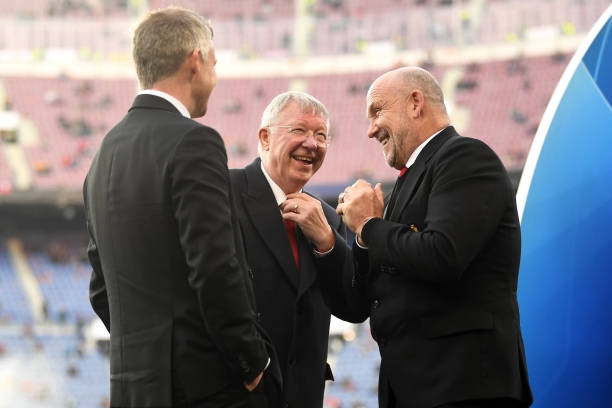 Manchester United set out for their pre-season tour on Sunday, and manager Ole Gunnar Solskjaer will hope to quickly get his squad mentally and physically ready for the tough campaign ahead.

The Norwegian will be eagerly looking forward to his first full season in charge of the Red Devils, and much is expected of him.

United have sealed two summer signings thus far – Daniel James and Aaron Wan-Bissaka – but more businesses are expected to be done in the transfer window, and fans are waiting to see how the club fare.

The Old Trafford outfit could do with some major squad rebuilding, and with just a month left before the 2019-2020 campaign kicks off and the summer market gets shut, there isn’t much time left.

United assistant manager Mike Phelan also has plenty to do as both he and Solskjaer tries to bring back the glory days.

Phelan has sent a cryptic Solskjaer message to United fans on Twitter, and it is a very simple one:

Ole’s at the wheel pic.twitter.com/b06xiVqMVi

Solskjaer became an instant hit with the United faithful upon his return to the Theatre of Dreams in a managerial role last December.

The Red Devils won 13 and drew two of their first 15 games under the former striker, but only won two in the last 10, losing six and drawing the remaining two.

Nevertheless, Phelan believes Solskjaer is still the man to take United forward, and he firmly claims “Ole’s at the wheel”.