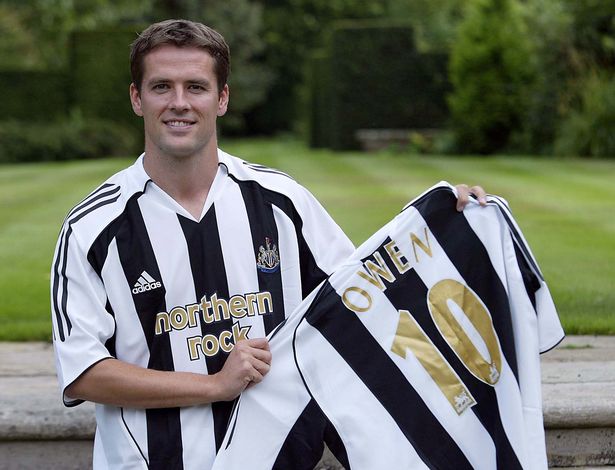 Former Newcastle United striker Michael Owen has revealed in his book that he regrets joining the club.

Owen claims that he knew he was too big to join a club that wasn’t in the Champions League back then.

The former England international had his heart set on a return to Liverpool but he ended up joining the Magpies on a big-money deal.

Owen believes that he should have informed the then Newcastle manager Graeme Souness that he didn’t want to join Newcastle. The only club he wanted to return to England for was Liverpool.

He said: “My move to Newcastle was one I really regret – I should have followed my gut instincts from the start. I didn’t want to go there – my heart was still set on a return to Liverpool.”

The forward also slammed the Newcastle fans for their attitude towards him during injuries and he also revealed that he didn’t have to prove anything to these fans.

Owen also added that he didn’t enjoy the last few years of his career and he was waiting to retire.

Newcastle hero Alan Shearer has now hit out at his former teammate. Shearer tweeted that Owen was on £120k-a-week at the club.

The former Liverpool star responded to Shearer claiming that he wasn’t too loyal to Newcastle either and that he was close to signing for the Merseyside giants once.

Not sure you are as loyal to Newcastle as you make out mate. I distinctly remember you being inches away from signing for Liverpool after Sir Bobby Robson put you on the bench. You tried everything to get out. https://t.co/ZQBrlojeEv