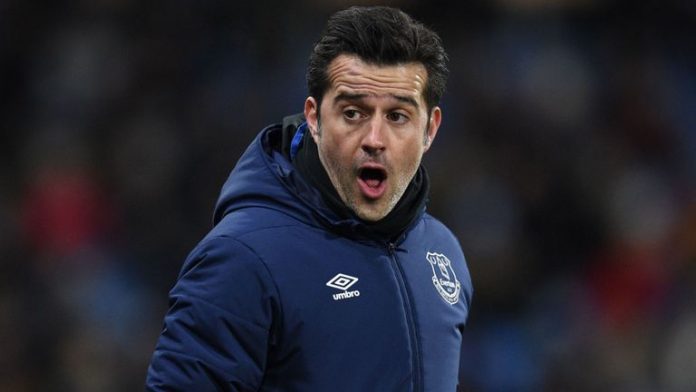 Everton crashed to a 5-2 defeat against Liverpool in the Merseyside Derby last night.

Former Everton player Michael Ball has hit out at Marco Silva for his tactics at Anfield.

The Toffees boss played five at the back to deal with Liverpool’s offensive threat but his setup failed spectacularly and his side conceded four times in the first half.

Silva deployed a similar setup against Leicester City in the previous game and Everton suffered against them as well.

Ball tweeted that Silva is using the same tricks and expecting different results.

It will be interesting to see what happens in the coming weeks. Marco Silva is under immense pressure following his side’s start to the season.

Everton are in the relegation zone and they will need to turn their form around as soon as possible.

Moshiri backed his manager considerably in the summer but Silva has failed to deliver so far. If he doesn’t sort out Everton’s form soon, he will be out of a job.

The likes of Moyes have been tipped to take over and it will be interesting to see what happens now.