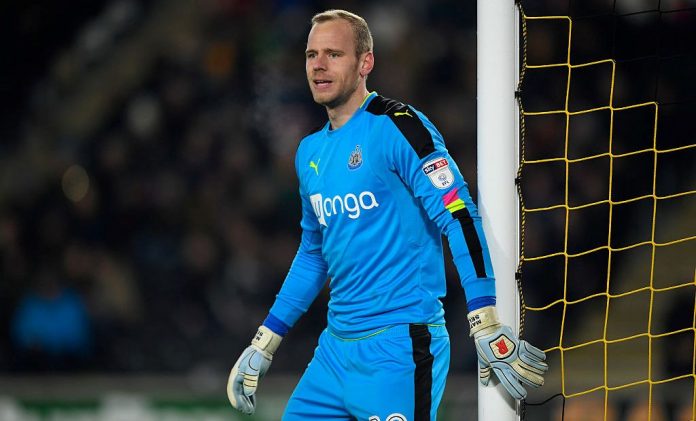 Belgium goalkeeper Matz Sels is not sure whether he will play for Newcastle United again.

The 25-year-old joined the Magpies in 2016 on a five-year contract for a reported transfer fee of £6.5 million, and became the most expensive goalkeeper in Newcastle’s history.

However, he failed to live up to the expectations, and found it difficult to command the penalty area. After making only nine championship appearances, it became very clear that he is the weak link in Rafa Benitez’s squad.

He returned to Belgium on loan, and now could make his move permanent at the end of the season. In an interview with Het Nieuwsblad, via The Chronicle, he said that he’s open to conversation with Anderlecht, and has expressed his desire to stay longer.

Sels adds that a return to Newcastle will be difficult for him, and that he is not clear about playing for the Magpies again.

“Playing at Newcastle again is not clear,” said Sels, as quoted by The Chronicle.

“I am, in any case, open to everything. Of course I also want a conversation with Anderlecht and who knows, I’ll stay here longer.  I’m open for a conversation.

“Newcastle have paid a lot of money and they want to recoup a part. A return to Newcastle United will be difficult.”

The former Gent player has rediscovered his form for the Belgian club, and has emerged as a key member of the squad.

There is no shortage of goalkeepers at Newcastle, and if they sign Martin Dubravka permanently once his loan from Sparta Prague comes to an end, it will hardly be a surprise if he doesn’t return to Tyneside again in the summer.