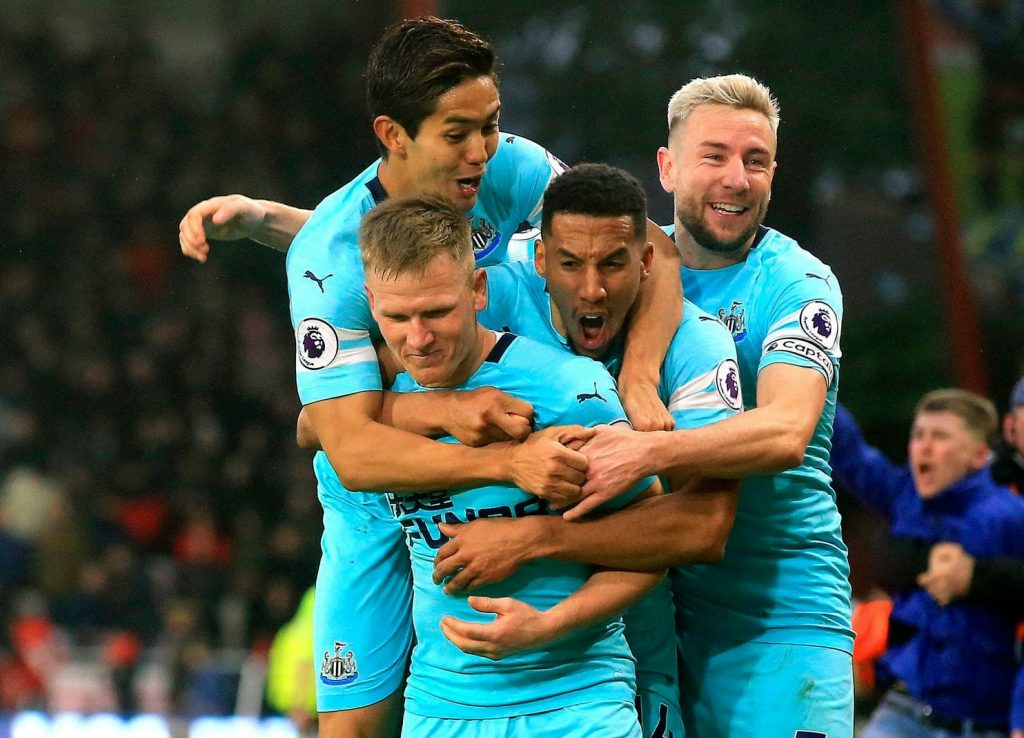 Matt Ritchie scored a stunning goal for Newcastle against Bournemouth at the weekend.

BBC pundit Matthew Upson has now heaped praise on the versatile Newcastle midfielder for his goal and his performance in general.

Upson claims that Ritchie can play anywhere and score. He also raved about the Newcastle star’s technique for the goal.

“If he is going to score goals like that he can play anywhere on the pitch,” Upson told Final Score. “He can play at right-back and score. Honestly, it’s a ridiculous goal. The ball is coming out of the sky. It’s almost like he’s just relaxed and lashed it in a way, controlled, but it is flown into the roof of the net.”

Ritchie has been ever present for Newcastle United this season. He has been asked to play in the midfield, in the wing as well as in defence.

The Newcastle ace has done a good job to fit into multiple roles this season and Benitez will be delighted with his contribution so far.

He has had his fair share of criticism as well but he managed to deliver when his side needed him this week.

Ritchie’s goal against the Cherries was a vital one and it might just have saved Newcastle United from relegation danger.

The Magpies can now look forward to finishing the season strongly.

They managed to secure a top half finish last year and the same isn’t out of reach just yet.