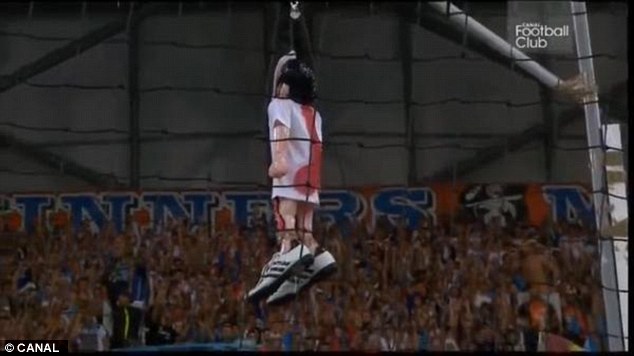 The treatment Mathieu Valbuena received at the Stade Velodrome during Marseille vs Lyon Ligue 1 tie, reminds us that football is still played with passion, and fans still have a role to play. With loads and loads of money being poured into the game, mainly coming from the owner’s pockets and sponsors, often we feel that fans are largely treated as a mere puppet (to a certain extent, true) at the hands of these business magnets, but event like this just shakes the very foundation of modern football.

Tony Evans, the former Editor of The Times, once wrote in an article “The Soul of Liverpool in 50 moments” – “the culture of football is about more than players and managers, in ten years, most of them will have moved on. It exists and grows through the supporters as much as the team.”

The Sunday’s Ligue 1 match was delayed by 20 minutes due to crowd trouble, and with just over an hour gone, the officials instructed the players to leave the ground, as violent fans turned against Valbuena, with objects, including bottles and cups rained down on the pitch, being thrown at his direction.

Valbuena’s return to his old club was greeted with smattering of boos, missiles and vile abuses. An effigy of the player was hanged behind the Marseille goal. Probably, when hatred reach its nadir, people tend to behave out of senses.

Mathieu Valbuena not well received on his return to Marseille with Lyon. Called “traitor” and effigy is hanged. pic.twitter.com/rZaerMEqJF — Gaby McKay (@GabyMcKay) September 20, 2015

To add to the frustration, Lyon were leading 1-0 through first half penalty from Alexandre Lacazette when the play was interrupted. The match was later resumed under strong security of riot police.

We take a look at some other players who were branded as traitors and received hostile reception after changing clubs.

Luis Figo – The Portugal forward / winger was destined to become a Barcelona legend. In fact, he was treated as a hero before he chose to move to arch rivals Real Madrid.

When Figo returned to Nou Camp to play against his old club, his posters were burnt and the home fans threw a pig head on the pitch.

Roberto Baggio – In 1990, Baggio was sold to Juventus for then world record transfer. It was a heart break for the Fiorentina fans. There were massive riots all across Florence and ‘Il Divin Codino’ had to accept that he was compelled to accept the transfer.

Steven Defour – The Belgian joined Anderlecht in 2014 from Porto, but he wasn’t received well by his former club Standard Leige. 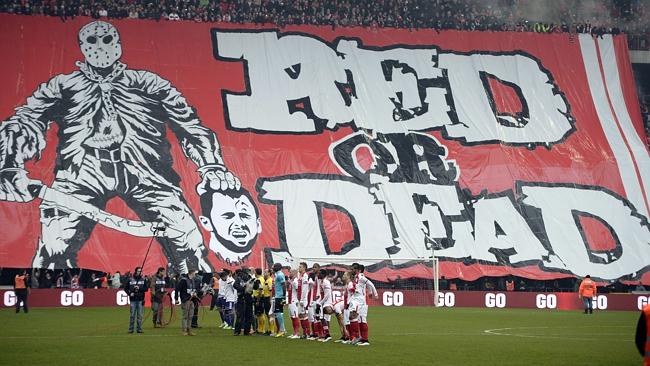 The Leige fans displayed a massive banner showing a drawing of a beheaded Defour ahead of their clash against Anderlecht on January 2015.

The banner read” Red or Dead” referred to the Standard colors and showed the drawing of masked man with a huge sword and head of Defour.