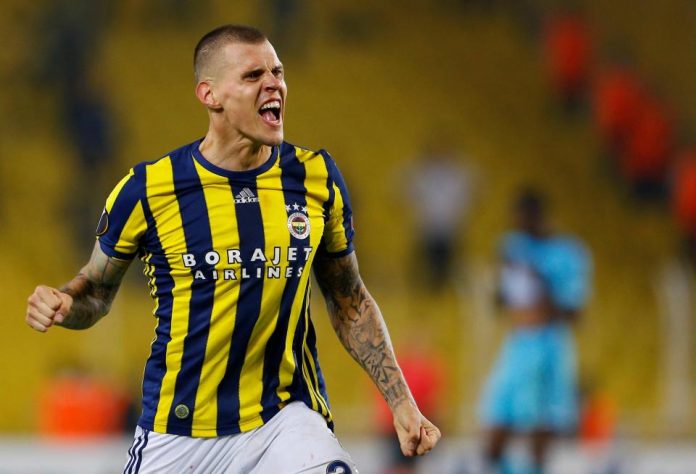 Martin Skrtel has confirmed talks with Rangers regarding a summer move.

Daily Record have published quotes from the player stating that Rangers have met with his agent.

He said: “There are offers but I’m not in a hurry to choose my new team. I have some criteria and I have to be patient. My agent made interviews with Basaksehir, Fenerbahce, Parma, Olympiacos and Glasgow Rangers. But I can’t say anything more for now.”

It will be interesting to see if the Ibrox outfit sign him this summer. Skrtel is a free agent but his £60k-a-week wages could be a problem.

The Scottish side have signed Helander already and bringing in another centre back seems unlikely at this stage.

It will be interesting to see what happens in the coming weeks. Rangers could use some experience at the back.

The player has played with Steven Gerrard at Liverpool and the Rangers boss will know all about him.

Skrtel could add some defensive depth and leadership to the Rangers dressing room but his signing makes very little sense right now.

Rangers already have the likes of Goldson and Katic at their disposal. Having a fringe player with Skrtel’s wages would be a poor move.

The Scottish side are better off strengthening the other areas of their squad now. Gerrard has been very active in the market all summer and it will be interesting to see who comes in through the door next.