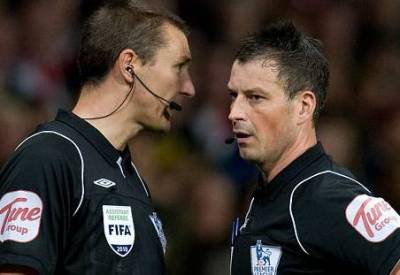 Liverpool proved their Premier League title credentials with a 3-1 victory against defending champions Manchester City at Anfield last evening, and are now eight points clear at the top of the table.

The Reds are unbeaten this term having won 11 and drawn one of their opening 12 games of the campaign, and will now fancy their chances of finally winning their first title since 1990.

Fabinho opened the scoring six minutes into the game just a few seconds after City players felt they should have been awarded a penalty for a handball on Trent Alexander-Arnold.

Mohamed Salah doubled Liverpool’s lead in the 13th minute, and Man. City couldn’t find an answer heading into the break.

Sadio Mane sealed all three points for Jurgen Klopp’s men six minutes after play restarted, but Bernardo Silva’s 78th-minute goal gave City some hope, only for VAR to wave away another penalty claim against Alexander-Arnold.

The Liverpool right-back handled the ball inside the box on both occasions, but referee Michael Oliver didn’t deem them worthy of penalties, and his decisions were upheld by the VAR.

Two former EPL refs have weighed in with their decisions, but they don’t agree with one another.

Mark Clattenburg told Sportmail: “VAR and Michael Oliver made the correct call in allowing Fabinho’s early goal to stand, although I disagree with the reasoning the Premier League have provided.

“There were strong suggestions at the time that the effort should be disallowed and a penalty awarded to Manchester City because Trent Alexander-Arnold had handled at the other end moments before the goal.

“However, it is the arm of Manchester City forward Bernardo Silva that deflects the ball onto Alexander-Arnold and that is why, for me, play should not be brought back.

“If Silva’s arm does not divert the ball, then yes, I believe a penalty should have been awarded as Alexander-Arnold’s arm is in an unnatural position and he is using it to make himself bigger.”

However, Mark Halsey believes City should have been awarded a penalty, telling The Sun:

“I felt the right-back had his right arm in an unnatural position, made himself bigger and deliberately moved it out to stop the ball going to Raheem Sterling.

“Therefore I disagree with the Premier League statement which claimed it did not meet the considerations for a deliberate handball.

“In the statement, there was no mention of Bernardo Silva’s accidental handball in the build-up, so presumably the PGMOL were happy with the City winger’s actions.”