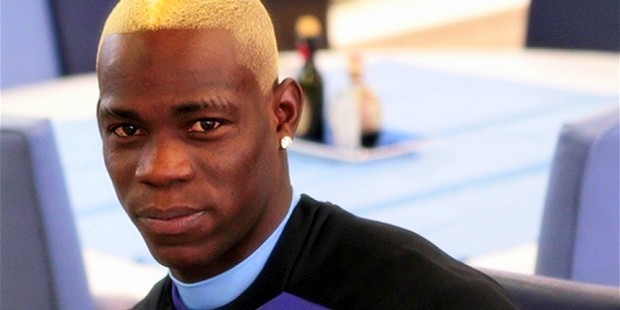 The 22-year-old forward’s career at City has been littered with controversial incidents while his future at the club came under constant speculation in recent months.

There have been suggestions that Balotelli’s relationship with Mancini has been strained, following the training ground bust up, while Italian media constantly linked him with a move to Milan in the winter transfer window.

Mancini clarified the situation surrounding his striker ahead of his side’s FA Cup fourth-round tie at Stoke City, as quoted in the press:

“It is not true, Mario stays here. We didn’t have any requests about Mario or other players.”

The Italian further insists that Mario Balotelli is very much present in his long term plans, mentioning of the Italy international’s three-year-contract still remaining at the club.

Milan’s vice-president Adriano Galliani has issued several statements regarding the possibility of signing Balotelli but the Serie A giants are unwilling to meet City’s reported £28 million valuation. Instead, they are looking to take the player on loan.

Galliani has urged the reigning English champions to lower their demands, but Mancini is reluctant to sell the Inter protégé even on a loan move.

Mancini feels that the chances of recruiting any new player during the winter transfer window is very slim while he dismissed the ideas of selling any of his players from the club at the moment. He added:

“I don’t know but we don’t have enough players. We are 18 players now. We can’t sell any players.”

Meanwhile, there have been suggestions that City’s director of football Txiki Begiristain wants his team to play a fluid 4-3-3 formation from next season. Mancini rubbished such ideas saying he has not discussed this with the Spaniard while believes that though Barcelona embodies a very attractive style of playing football, victories can be achieved by implementing different styles too.