Liverpool striker Mario Balotelli has been charged by the FA over a social media post that was deemed ‘abusive and/or insulting and/or improper.’

.@LFC striker Mario Balotelli has been charged by the @FA in relation to a recent social media posting: http://t.co/QVQdEJFS37

A statement on the FA website read, “The Liverpool player breached FA Rule E3[1] in that his posting was abusive and/or insulting and/or improper.

It is further alleged that this is an ‘Aggravated Breach’ as defined by FA Rule E3[2] as it included a reference to ethnic origin and/or colour and/or race and/or nationality and/or religion or belief “. 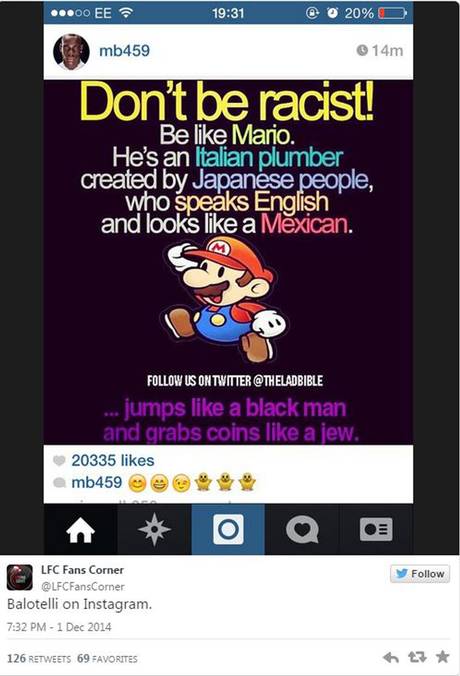 The Italian has been given until 6pm on 15 December 2014 to respond to the charge.

The full extent of the punishment is yet to be discovered, but the troubled Italian forward continues to disappoint on his move back to England.