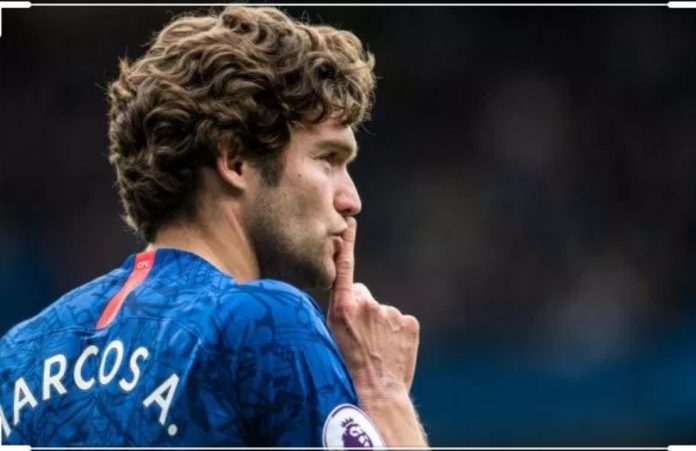 It wasn’t that long ago that Marcos Alonso’s days at Chelsea looked to be numbered. Last season the Spaniard wasn’t as influential as he had been in previous years. Now the wing-back looks to have rediscovered his form, and is well on the way to being back to his best.

Alonso arrived at Stamford Bridge at the end of the 2016 summer transfer window from Serie A club Fiorentina. Under Antonio Conte, the Spaniard was a perfect fit for a wing-back role. The Italian favoured a back five, with three centre-backs. Marauding forward, he also chipped in with goals. Whether it be a cracking free kick, or arriving in the box to apply a finish, the 28-year-old became a crowd favourite.

Last season with Maurizio Sarri at the helm. The former Bolton man found himself reverting back to the role of left-back as part of a flat back four. If there’s one part of Alonso’s game that is suspect, it’s his defending. Sounds crazy for a player who is naturally a defender, but it’s a fact.

The emergence of Emerson Palmieri hasn’t done his cause any help, but the Italians recent  injury woes have seen Alonso claim a place in Frank Lampard’s starting line-up. An opportunity not to be missed, and one he has grasped with both hands.

His winning goal at the weekend was typical Alonso. Getting into the box and unleashing a powerful love drive to give The Blues the lead on what had been a frustrating afternoon against Newcastle United. It turned out to be the winner, and meant Alonso was the toast of Stamford Bridge.

Whether the former Real Madrid man can continue this form remains to be seen. Fellow fullback Emerson might a few things to say about it once he is fully fit. Although there are many games to come, and both will get a chance when required. Competition is healthy and can certainly bring the best out of players.

However for now it’s time to be thankful that Marcos Alonso looks be back to his best, enjoying his time under the guidance of Frank Lampard.