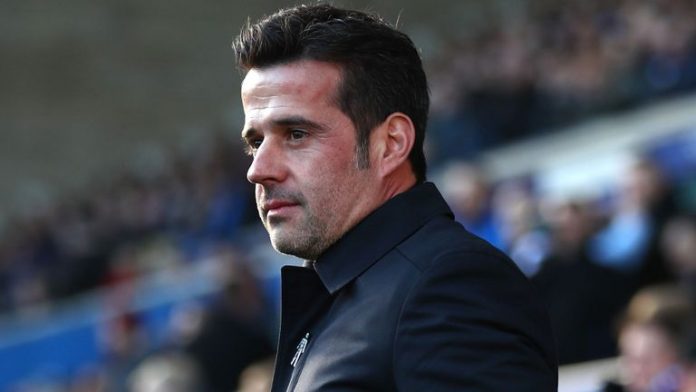 Everton manager Marco Silva has confirmed that Andre Gomes and Theo Walcott are both fit for the game against Burnley.

Speaking to the media during the pre-match presser, Silva confirmed their return.

The injured duo should play some part against Sean Dyche’s side and it will be interesting to see if the Toffees manage to grind out a good result.

Everton have made a mixed start to their season and a win here would give them some confidence. The fans will expect a big performance and the players will have to deliver.

The return of Walcott and Gomes will certainly boost Silva’s side. Both players will add to the creativity of the side and help the team going forward.

The fans will be delighted with Silva’s update on the Everton duo.

Everton will be expected to challenge for the Europa League places after their summer outlay and so far they have under-delivered.

They will have to improve their performance in the coming weeks and players like Gomes could make a big difference.

The former Barcelona midfielder has made quite the impact since joining the club and he will be raring to go after recovering from his injury.