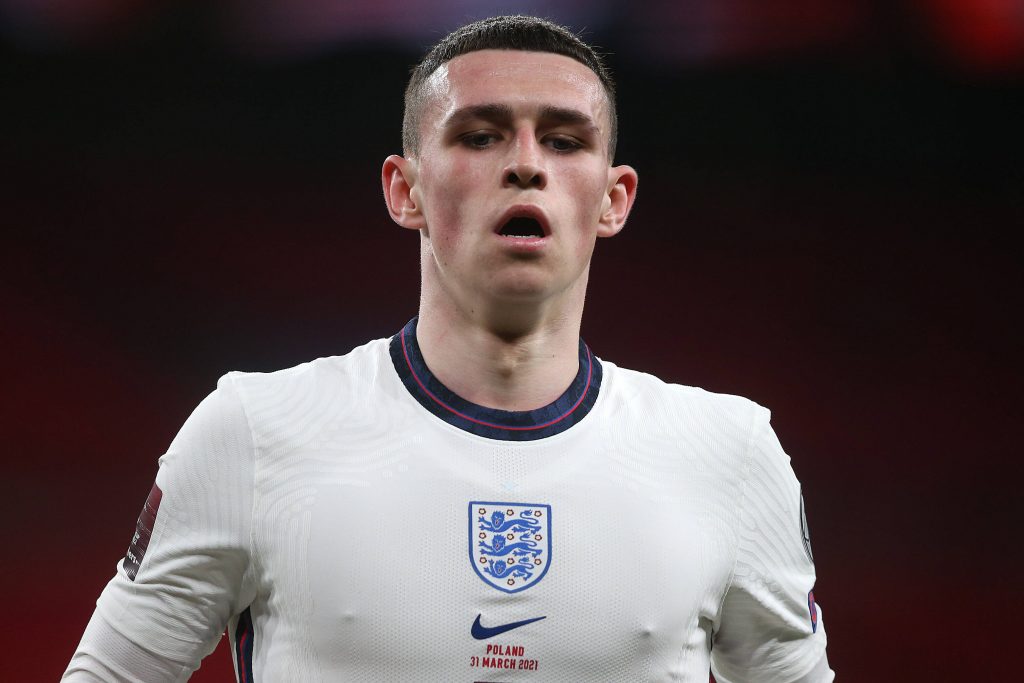 Manchester City visit Leicester City on Saturday, and we’re going to look at how the 15 internationals in Pep Guardiola’s squad fared during their respective national duties ahead of that game.

Four of City’s squad were called up to Gareth Southgate’s national team squad for their World Cup qualifiers, and all four will be at least reasonably happy with their playing time across the three matches – all of which were victories.

Centre-back John Stones was back in the national team setup for the first time since November 2019 and played the first half of a 5-0 victory over San Marino at Wembley and the full match against Albania, a 2-0 winning margin.

He then kept his place in the side for the last fixture, a 2-1 triumph over Poland on a mixed evening for the defender.

Stones gave the ball away on the edge of his own area to allow Poland to score their goal but then leapt highest from a corner to assist Manchester United’s Harry Maguire with the match-winner five minutes before the end of the game, atoning for his earlier error.

Meanwhile, fellow defender Kyle Walker had a similar playing pattern over the international break as he completed the full 90 against both Albania and Poland. However, he was rested against San Marino.

Forward Raheem Sterling captained England in the first half against the Sammarinese before being subbed off at half-time by manager Southgate alongside Stones.

Sterling then played the full match against Albania and won a penalty in the encounter with Poland – which Harry Kane converted – before being brought off in injury time.

Finally, young star Phil Foden will be pleased that he has managed to carry on his good form of this season over the international break. He was Sterling’s replacement at half-time in the clash with San Marino and bagged himself a second-half assist.

After this, he was brought off with 10 minutes to go in Albania and was then replaced in injury-time against Poland, like club teammate Sterling. The 20-year-old has done himself no disservice as he looks to cement a place in the squad for the European Championships this summer.

Having obtained all nine points from the three games, England now sit top of their World Cup qualification group.

There was an undefeated international break for Spain, who drew 1-1 with Greece before winning 2-1 against Georgia and 3-1 against Kosovo, but the side were far from convincing.

Three of City’s players were involved for Luis Enrique’s side, including midfielder Rodri who played the full match against Greece but then didn’t start another game after this. Rodri was an unused substitute against Georgia before being brought on for the final 10 minutes in the clash with Kosovo.

Fellow midfielder Ferran Torres was the most successful of the three Cityzens in the Spanish squad, as he bagged himself two goals in three games. Having been replaced with 20 minutes to go against Greece, Torres played the full 90 minutes against Georgia and Kosovo, grabbing a goal in both games.

Centre-back Eric García – strongly believed to be departing the Etihad Stadium in summer – played almost every minute of the three games. He missed just five minutes of the final match of the break against Kosovo, being replaced by Sergio Ramos in the closing stages.

Spain are top of their qualification group with seven points as things stand.

It was also three Cityzens in the Portuguese squad, who won two and drew one in their opening three World Cup qualification group stage games.

Powerful centre-back Rúben Dias played every minute of the matches, carrying on his good form for City so far this campaign. He helped his side to a narrow 1-0 victory over Azerbaijan, a 2-2 draw with Serbia and a 3-1 triumph against Luxembourg to conclude the international break. 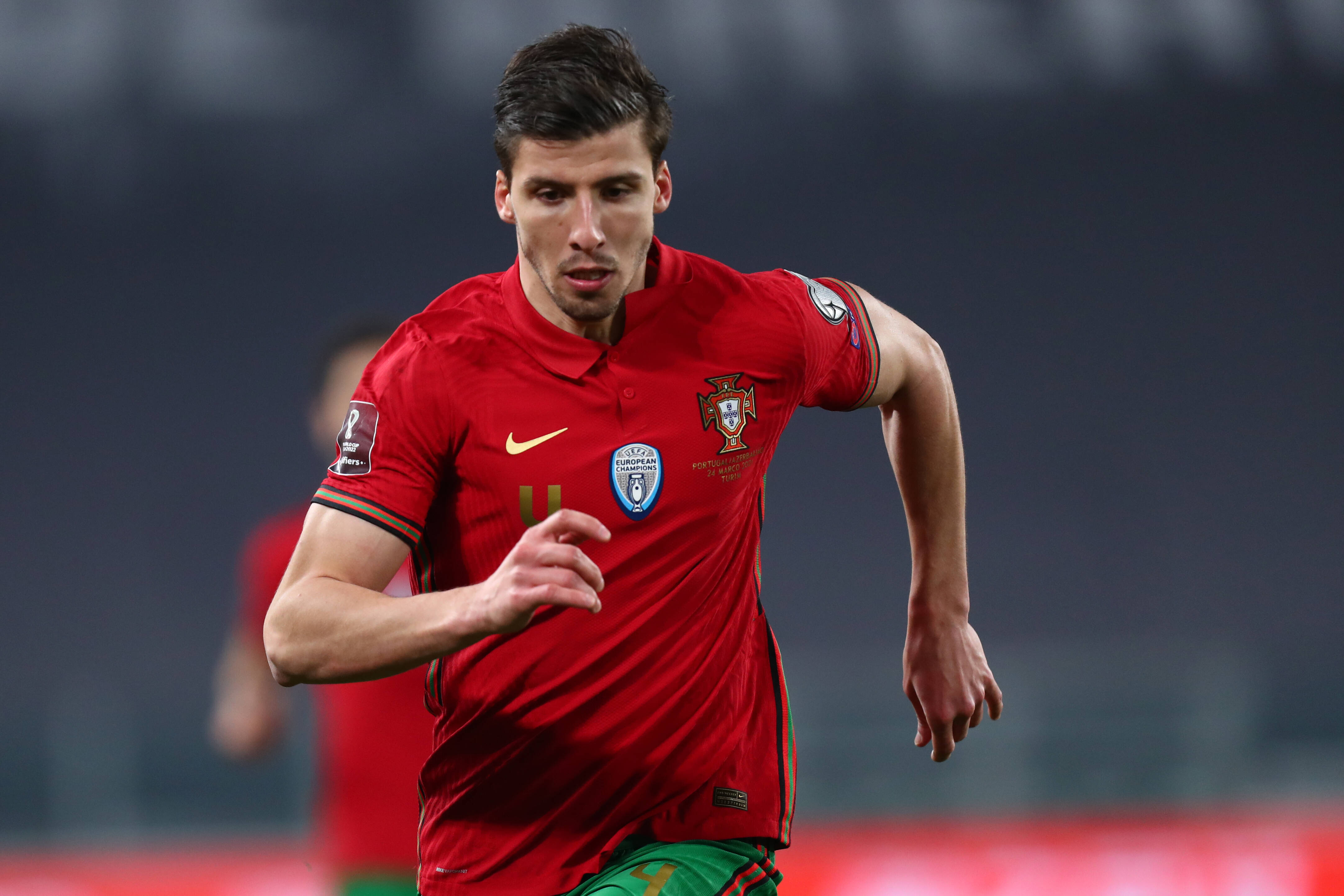 Fellow defender and equally as important for Guardiola’s side this season is João Cancelo. The 26-year-old missed just 20 minutes of action for his national side over the last 10 days, as he was brought off in the draw with Serbia. Also notable, Cancelo grabbed himself an assist against Luxembourg.

Lastly comes midfielder Bernardo Silva who hasn’t played as much as he’d have liked for City this season but played a part in all three games for his country.

85 minutes against Azerbaijan, a full 90 – including an assist – against Serbia and 70 minutes in the triumph over Luxembourg.

Kevin De Bruyne once again starred as Belgium opened their battle to qualify for the 2022 World Cup.

The City midfielder took home the man of the match award in both games against Wales – a 3-1 win – and the Czech Republic – 1-1 draw. KDB also scored against Wales, a 21st international goal. He was rested for the final fixture – an easy 8-0 triumph over Belarus.

That scoreline means that the Belgians have scored 12 goals in their opening three group stage matches, and although they did drop two points against the Czech Republic, De Bruyne and co do currently top their qualification group.

İlkay Gündoğan has been in the best goalscoring form of his career this campaign at the Etihad and managed to add a further two goals to his tally in Germany’s three international fixtures, not missing a single minute of action.

Gündoğan netted and took home the man of the match award against Iceland as well as scoring against North Macedonia in a game which saw a huge upset, the Germans losing out 2-1 come the full-time whistle.

The other match was a 1-0 victory over Romania, so with six points from nine, Joachim Löw’s team actually sit third in their group. They trail to the aforementioned North Macedonia (2nd) and Armenia (1st)

Oleksandr Zinchenko has not been a guaranteed starter for City this season, but certainly impressed during the international break and captained Ukraine in all three of the nation’s recent fixtures at just 24 years of age, not missing a minute of the action. 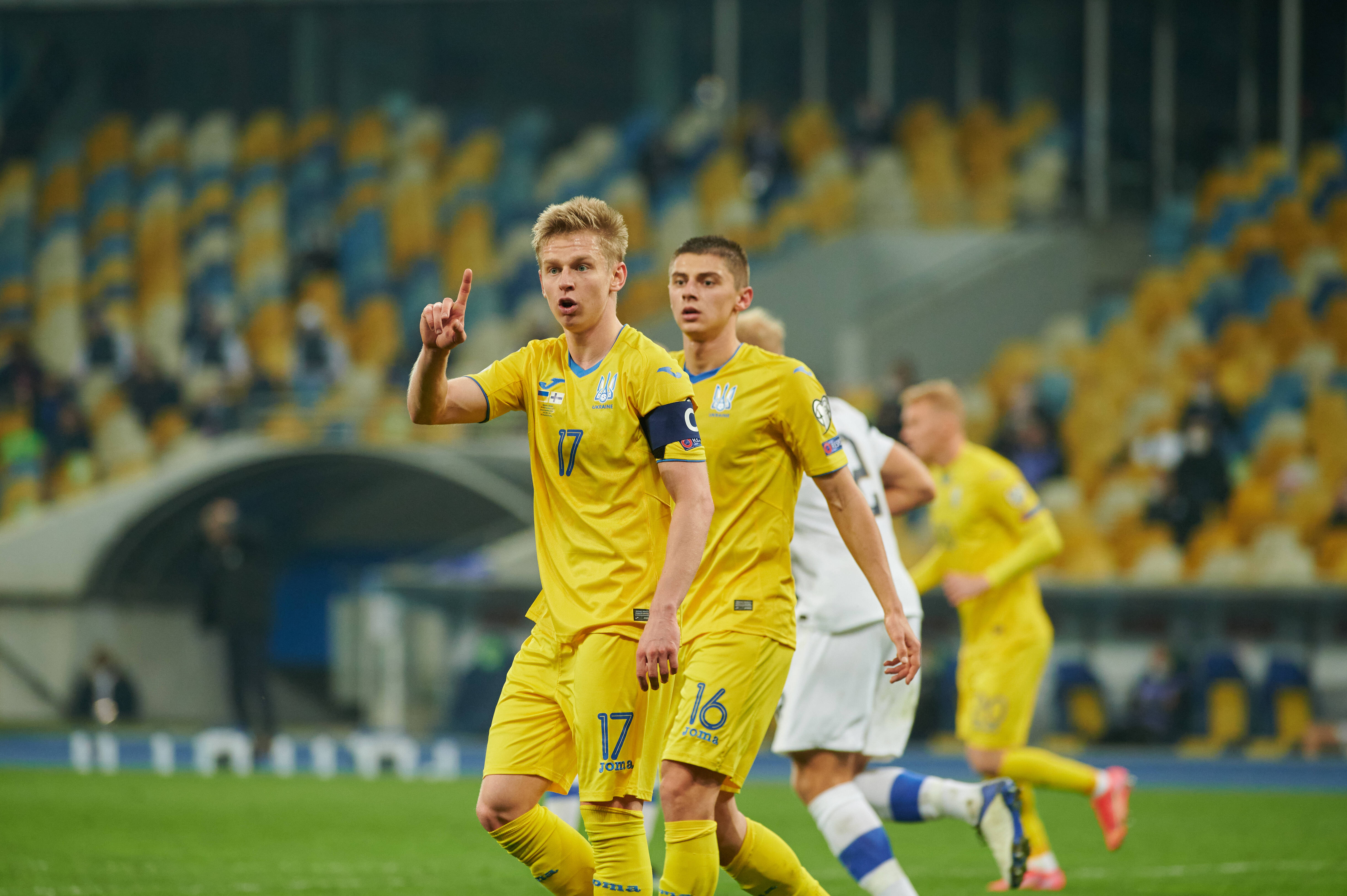 It was to be a triple set of 1-1 draws for the Ukrainians, who are in with a chance of reaching the World Cup finals next year if they can turn some draws into wins.

Zinchenko grabbed an assist in the draw with Kazakhstan and earned himself the Man of the Match award before helping the team to two more points against France and Finland.

Ukraine sit second in the group on three points as things stand.

Away from Europe now and Riyad Mahrez helped his nation to officially qualify for the African Cup of Nations tournament later this year.

Algeria needed just a point from the final two games to make sure of their qualification and actually reached this without their nation’s captain – Mahrez – via a 3-3 draw with Zambia.

Mahrez returned to captain the side to a 5-0 drubbing of Botswana however, as he scored, assisted and received the man of the match award. In doing so, the 30-year-old put the seal on a table-topping qualification campaign which actually started in November 2019.

America didn’t play any competitive games over the international break, instead opting to use the time to arrange two friendlies against both Jamaica and Northern Ireland.

City’s back-up goalkeeper Zack Steffen played every minute of the two friendlies, earning himself two more international caps, and helped the US to victories in both.

A 4-1 triumph over Jamaica – played in Austria – was followed by a 2-1 win against Northern Ireland at Windsor Park in Belfast.