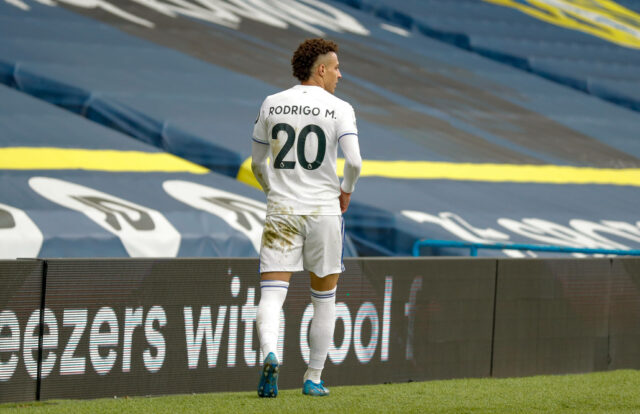 The previous encounter between the two sides ended in a 4-3 victory for Leeds. Marcelo Bielsa’s side will be looking for all three points as they look to return to winning ways.

Ahead of the match, Bielsa confirmed yesterday that Patrick Bamford, who was taken off before half-time against Chelsea, is fit to play an is available for selection.

However, Liam Cooper (also left out of the Scotland squad) is “sick”, and he is definitely out for this game.

Leif Davis has a “small articulation” problem, but the Argentine has confirmed that it is not a serious injury. He is also out of this fixture with a minor knock.

Bielsa also suggested that Rodrigo Moreno has suffered a “contracture” (muscle injury) in training yesterday, and he is doubtful for this game. It is not a “serious” injury, but Bielsa is unlikely to take risks when he has options available to fill his void.

Cooper will be a big miss for the Whites, but the likes of Diego Llorente and Pascal Struijk have done remarkably well in his absence, keeping a clean sheet against Chelsea.

Bielsa will not risk other defenders – Gaetano Berardi and Robin Koch – and the pair are likely to get involved after the international break.