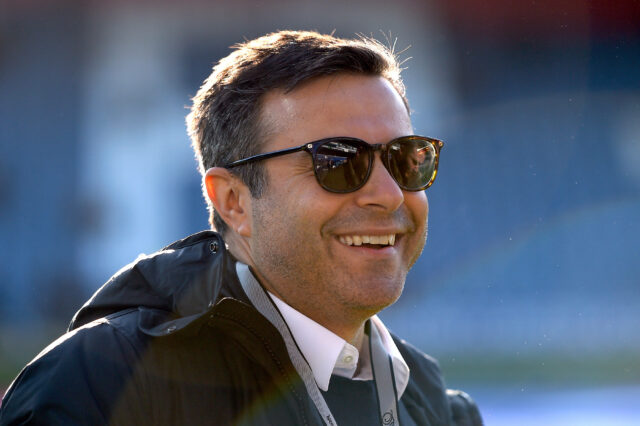 Marcelo Bielsa has confirmed that he prefers to comment on his plans at the end of the season.

Leeds owner Andrea Radrizzani revealed earlier this week that he is in talks with Bielsa over a new deal.

He cannot see any hurdles in the negotiations and wants the Argentine to continue for another season.

There had been claims that the Argentine had agreed a two-year deal with Leeds, but Bielsa suggested that he would release the information at the right time.

He arrived at Elland Road in June 2018 and guided the club back to the Premier League after a long absence of 16 years.

He is idolised by the Leeds fans, but his contract at the club expires in the summer.

Radrizzani told L’Equipe: “I hope to extend it by the end of the season, and I think it is possible. We are in discussions.

“There is a common will to continue, and so far we have always got along well. We support Marcelo in his work, and I think I can say that he is satisfied with his relations with the management of the club.

“Hopefully, we can continue to work together.”

Bielsa has now confirmed in his press conference that he is happy with Radrizzani’s comments.

He said, as quoted by BBC Sport: “Any reference to this subject I prefer to make it after the competition has finished. I appreciate the words of the president with regards to my possible continuity.

“But I also agree with what he said that Leeds’ prestige is above any others. Due to the solidness of this organisation, they have the facility to make correct decisions.”

Leeds are undefeated in their last six games in the Premier League and aiming for a top-half finish.

Bielsa has done a remarkable job at Leeds, and chances are very high that he will sign a new deal in the summer.

In other news, Bielsa confirms Raphinha and Rodrigo likely to miss out vs Brighton.