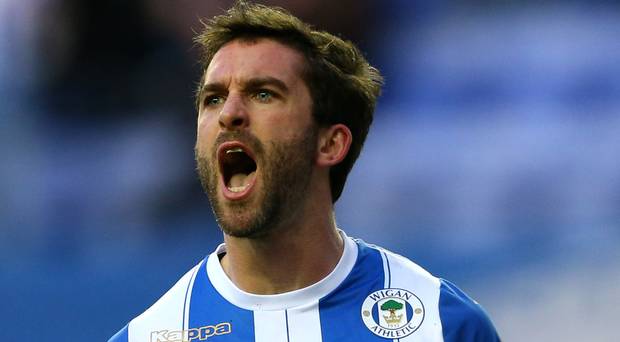 McNulty believes that the Sunderland striker will score goals when his confidence is back.

The 27-year-old Scotland international striker has also urged the Sunderland fans to get behind Grigg.

McNulty was on loan at Sunderland for the first half of last season from Reading and played with Grigg for the Black Cats.

Top player who will score goals when his confidence is back up! Needs the fans to get behind him 👍🏻

Grigg has been on the books of Sunderland since January 2019 when he joined from Wigan Athletic for a transfer fee reported by Sky Sports to be worth £4 million.

According to Transfermarkt.co.uk, the Northern Ireland international striker scored four goals and provided two assists in 20 League One matches for the Black Cats during the second half of the 2018-19 campaign.

Last season, the former Brentford striker scored one goal and provided one assist in 20 League One matches for Sunderland, according to Transfermarkt.co.uk.

Sunderland reached the League One playoff final in 2018-19 and missed out on the playoffs last season, and the 2020-21 campaign will be massive for them.

The Black Cats are the biggest club in the third tier of English football, and the fans are desperate for the team to get back into the Championship and subsequently get promoted to the Premier League.

Manager Merry-go-Round: Which Premier League Team Has Had the Most Managers?