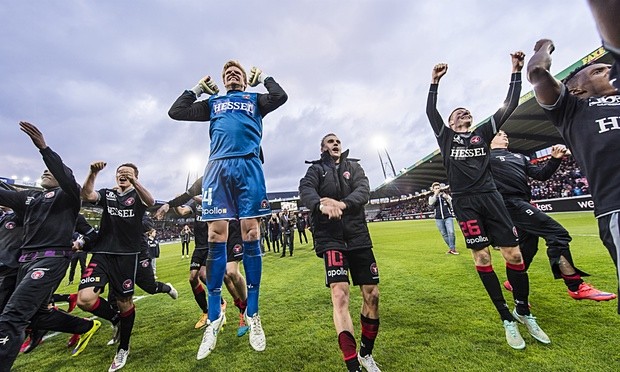 When you talk about Manchester United and European competition, one thing that comes to mind is their success in the 1998-99 Champions League season, where they defeated Bayern Munich by scoring two goals in the stoppage time on May 26, which saw them seal the treble.

Just over 50 days prior to the Champions League final in Barcelona in 1999, a club was formed in Denmark, named FC Midtjylland. After a record breaking first season, they were promoted to the  Danish Superliga in 2000.

The Danish club have transformed they way the game is played, as the club is run mainly by the data and not by the humans. Yes, you read it right as it is the data which is the central of their system.

“FC Midtjylland has decided to gather all of our knowledge and data in one central system. For us it is important to continuously maintain an overview and to secure our data knowledge. If we don’t manage to improve our structure we will lose more and more knowledge as time goes by,” Flemming Broe, FC Midtjylland ‘s Academy Chief explained.

“Therefore we look forward to getting started with eye4TALENT’s system. We are convinced that it will support our visionary ideas when it comes to scouting. To make a subjective world more structured and organized.”

Matthew Benham, Brentford owner is the co-owner of Midtjylland and it’s his number-led approach are paying dividends at the Danish club as they now look to upset another English club out of the Europa League after kicking Southampton out of the competition earlier this year.

After taking over the club, in just one year, Benham led Midtjylland to the Danish Superlia title, which is their first major success in the history of the club. Data is used everywhere, including identifying the type of players they are looking to bring into the club.

Benham says the league tables in general does not give a clear picture and suggests it to be “notoriously inaccurate.”

“The table is notoriously inaccurate because there’s just way more randomness than people understand. One of the best examples is over halfway through the season in Germany, Dortmund were bottom of the league,” Brentford owner said earlier in May.

“We actually still made them the second-best team in Germany. They were just horrifically unlucky. Usually the way the fans and especially the media look at it, randomness is quite an unsatisfactory explanation, so they like to look for stories and a narrative. But very often randomness is the main explanation.”

Rasmus Ankersen, who works alongside Benham at Brentford and Midtjylland said in August, “I met Matthew a few years ago. At the time, Brentford were third in League One and there were a couple of games to go. I said to him, ‘What are the chances of getting promoted?’.

“When you ask that question you expect an emotional ‘yes’ or ‘no’ from a football owner. But he just said rationally, ‘At the moment, there’s a 42.3 percent chance we will get promoted’. I knew then he was a guy who was thinking very differently about football than I have ever ­experienced before.”

“There are inefficiencies in the transfer market. Lots of clubs pay too much money for players that are low quality. We think we’ve got some tools that will make us evaluate teams and players much more accurately with data rather than the human eye is able to.

“The model we are using is something that could be applied in any country – it’s just a different way of thinking about football and trying to do things unconventionally.”

Since Benham took over the club in Denmark, they are averaging close to one goal from dead ball situations. They are known as the free-kick specialist in the league as they believe this area in football is not exploited and it is an easy way to score goals.

United have spent over £250m in the last three years in bringing new players, while Midtjylland have been following an alternative approach. Should they manage to beat Van Gaal’s men to make it further in the Europa League, their approach will reach new heights and could see new clubs taking that approach.