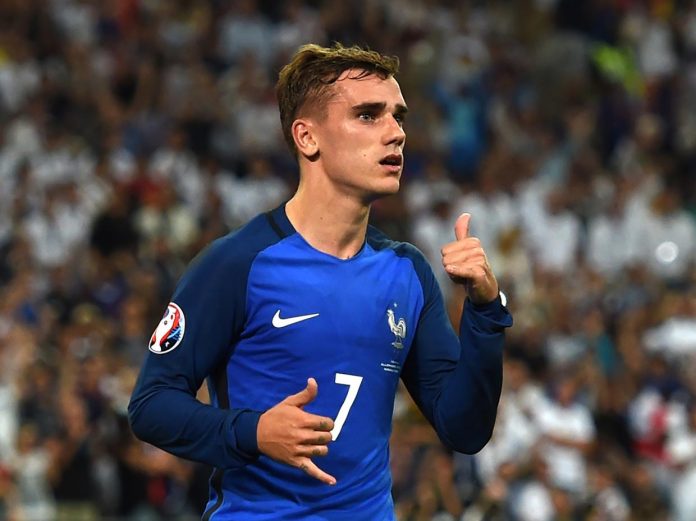 Manchester United are targeting to sign the Atlético Madrid duo — Antoine Griezmann and Saúl Ñíguez — next summer, as José Mourinho wants to build a strong squad capable of challenging for major honours. Manchester United have been heavily linked with a move for Griezmann for some time now, while the Red Devils have also expressed their interest in signing the Spanish midfielder.

According to reports from the Times, the pair possess release clauses totalling £145m. Both of them have signed contract extensions last summer that run until 2021, but United believe they will be able to negotiate the transfer fee down from the buyout figures.

Griezmann, 25, has scored 50 La Liga goals for Atlético in 90 appearances since joining from Real Sociedad in 2014. He is arguably one of the best attacking midfielders in the world at the moment and is seen as a potential replacement for Wayne Rooney.

Likewise, Saúl, 22, has already established himself as a key player in Diego Simeone’s side. He is skillful, intelligent, and very mobile — an archetypal Mourinho midfielder. The best thing about Saúl is his versatility. The Spaniard can play anywhere across the centre of the park and can also operate in defence.

Despite breaking the transfer record fee to sign Paul Pogba from Juventus in the summer, Mourinho believes he is still short of four or five elite players to take the club to the pedestal where it once was under Sir Alex Ferguson. The former Chelsea manager is also planning to trim down the squad, and he is ready to sell a number of fringe players.

Central defence is another area where Mourinho is keen to reinforce, and he could make a move for Southampton centre-back José Fonte. United were also reportedly interested in Fonte’s club teammate, Virgil van Dijk, but Southampton are reluctant to sell their prized asset.