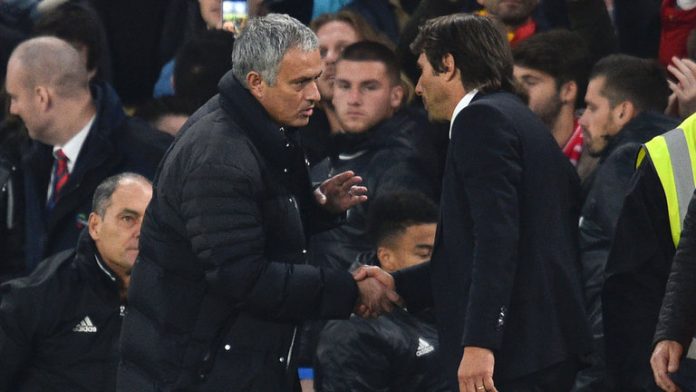 Manchester United host Chelsea on Sunday with both sides aiming to boost their hopes of a top four finish in the Premier League.

United manager Jose Mourinho masterminded a 2-0 win last season and another victory over his former club would move them back up to second in the table.

Chelsea beat United 1-0 at Stamford Bridge back in November and Mourinho will be desperate for revenge this afternoon.

Liverpool’s victory over West Ham United on Saturday saw them leapfrog United in the standings and moved them four points clear of Chelsea.

Midfielder Paul Pogba has been restored to United’s starting XI in what looks like a 4-3-3 formation for the home side.

Chelsea start with Alvaro Morata up front. Olivier Giroud is on the bench.