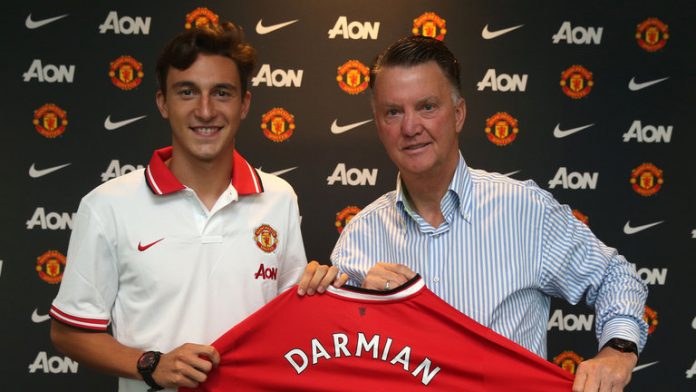 The Italian international made his debut against Tottenham this weekend and was the best player on the pitch throughout the game.

Darmian earned his move to the Premier League on the back of a couple of successful seasons in the Serie A, with Torino.

The Italian linked up well with Juan Mata on the right hand side and produced a solid display at Old Trafford last Saturday.

Former Torino scout, Luciano Zavagno, who now works for Chelsea has claimed that Darmian is an exceptional player and United have done well to secure his services for the next few years.

There is an undoubted dearth of quality full backs around Europe and to sign someone like Darmian for £13m is indeed an exceptional piece of business.

Also, judging by his first impression at Old Trafford, the Italian could well be considered as one of the best summer signings come May 2016.

“Matteo is something exceptional. You could see straight away that he had an impressive amount of talent, as well as the right mindset to break through.

“He just needed the time to grow and mature. He deserves this opportunity and I am sure he will take it properly”, Zavagno said.

Although Manchester United’s win against Tottenham was far from convincing, they managed to get the all important three points and looked in charge for most parts of the game.

Louis Van Gaal and United will now travel to Aston Villa this weekend and look increase the gap with Arsenal and Chelsea, who have both failed to win their opening games.

Watch how Darmian fared on his Old Trafford Debut below