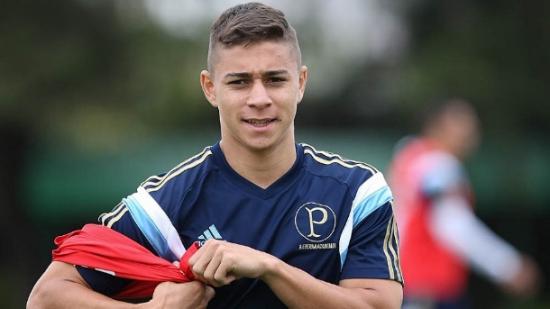 According to Brazilian media, Palmeiras have rejected Manchester United’s initial offer and only own a 50% stake in the defender.

The Brazilian outfit are determined to get more out of the deal and Manchester United will need to cough up if they want to land the talented young full back.

Due to 50% stake in the player’s economic rights, the club will only receive half of what United offer, hence the demand of a premium fee.

Manchester United have scouted the Brazilian during last season and are keen to wrap up a deal.

Pedro is of a similar mould to Manchester United full back, Rafael and is expected to be an understudy to Matteo Darmian.

Manchester United’s need for a defender is no secret, but the club would do better to sign a centre back first.

United have been linked with the likes of Otamendi, Sergio Ramos and John Stones.

United are well stocked in both full back positions with the likes of Darmian, Smalling, Jones, Valencia, Blind, Shaw all capable of playing there.

If the deal goes through, Pedro is expected to join up with the Manchester United youth team and will continue his development there.