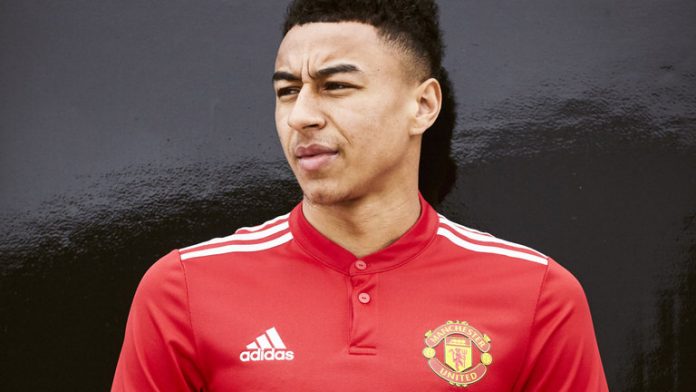 Manchester United are reportedly ready to offer a new deal to Jesse Lingard, as per the information gathered by The Sun.

Last April, Jesse Lingard signed a four year deal with the Red Devils in April 2017. As of now, the England international star is currently earning 75,000 pounds per week. According to The Sun, the 25 year old will be given a new deal that will see him double his salary at Manchester United.

The top people at Old Trafford are already working towards giving Jesse Lingard a new bumper deal. A source told The Sun that Jesse Lingard has all the ingredients to become a global star, if he manages to continuer what he did at Manchester United last season, which is 150,000 pounds per week.

“Jesse has shown that he is a top class performer on and off the pitch. He has a fabulous season for the club last year and has taken that form onto the international stage so far,” A source close to the Red Devils told The Sun.

“His England showings has been brilliant and the club know he is all set to become a global star if he continues.”

Jesse Lingard has been the star performer after Harry Kane for the Three Lions at the FIFA 2018 World Cup that is currently taking place in Russia. Gareth Southgate and his men will now face Sweden in the quarter final on July 7, Saturday.

Jesse Lingard has also been one of the top performers for Jose Mourinho’s side last season. The former Real Madrid and Inter Milan manager described Jesse Lingard has “naughty but funny guy”.

“He is the one that makes things work and in the right moment he is positive and he makes everyone in the class laugh and creates a good atmosphere and that is the atmosphere that we always want in our class, because I was also a school teacher and I know what it means.

“We like the funny person that doesn’t disturb and makes everyone happier. We don’t like the naughty ones who disturb everyone as they learn.”