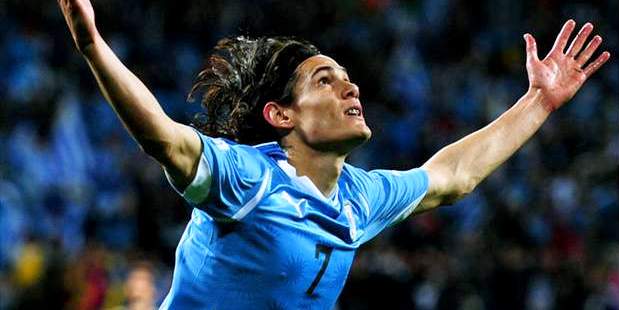 According to Calciomercato.com, Juventus have agreed terms with Edinson Cavani over a summer move. The Italian club have been in negotiations with the Uruguayan over the last week and are thought to have reached an agreement.

Reports state that Cavani will earn around  €7.5m a season, similar to his wage at PSG. It is believed that the Italians have offered the striker a huge signing on fee to make up for the low wages.

Juventus have a wage cap of  €5m and Carlos Tevez is currently the highest paid player at the club with a salary of  €4.5m per year. Cavani has been offered a sum of  €17.5m signing on fee and several bonuses to spread the cost and lower the wage bill.

Juventus are looking to offload Fernando Llorente this summer and the likes of Cavani and Dybala are expected to join the Champions League finalists.

The Italians have enjoyed a spectacular season so far having won the league and made it to the Champions league final and will be looking to round it off in style when they face Barcelona in Berlin.

A lethal attack has been key to Juventus’ success this season and the Italians are keen to build on it with the addition of Dybala and Cavani.

The Italians boast one of the best midfields in European football with the likes of Marchisio, Pirlo, Vidal and Pogba and are determined to put together one of the best attacks this season as well.

Cavani has enjoyed a mixed career with PSG in Ligue 1 and is thought to be keen on returning to Serie A, where he made his mark with Napoli. The Uruguayan was one of the most prolific Serie A strikers during his time in Italy and will be looking to replicate his unstoppable form with Juventus.