Reports this morning from Spanish daily MARCA have claimed that Manchester United is now the most viable option for Real Madrid’s Angel Di Maria. The Argentine saw his move to French Champions Paris St Germain fall off at the last minute as the nouveau riche side weren’t willing to meet Real’s price tag for the dazzling winger.

The following snippet from MARCA claim that Real however are patiently awaiting United’s offer and they are in no hurry to sell the 26 year old. Moreover and won’t lower his price at all. Di Maria however is starting to get impatient about his future and didn’t feature in Real’s 2-0 win over Sevilla in the UEFA Super Cup despite being in the substitutes bench. 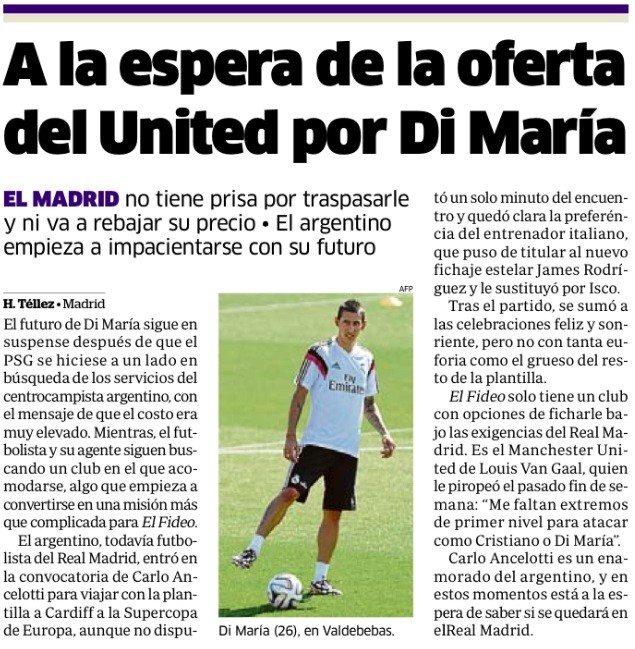 We had earlier reported that United manager Louis Van Gall had dropped a major hint in his pursuit of the Argentine saying that the Red Devils lack a quality winger, “It is a strategy of Manchester United to do that. At this moment, we have five No.9s and four No.10s – and we don’t have wingers to give us attacking width.”