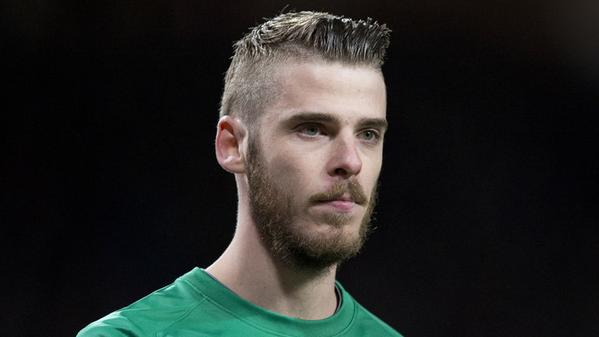 Real Madrid defender Sergio Ramos, who was heavily linked with a move to Manchester United this summer, has hailed his compatriot David de Gea as “one of the best keepers” in the world.

The Spanish goal keeper was very close to joining Real Madrid on the transfer deadline day in exchange for cash and goal keeper Keylor Navas, but the deal collapsed as Madrid failed to register him on time.

Ramos, who signed a long term contract with Real Madrid this summer, said after his arrival at Spain’s camp for their upcoming Euro 2016 qualifiers:

“I have not talked to David and do not know his opinion, (but) life goes on,” Ramos said as quoted by ESPN. “Nobody has died for this. He must maintain his level, he is one of the best keepers.

“The world of football and signings is like this. Everyone tries to get the most and this is never easy for any player.

“He has had a bumpy summer because he has decided his future and that of his family. But it is something we have to go through at times, everyone has to understand the facts and do their best wherever they are.”

Meanwhile, Manchester United and Real Madrid have issued public statements over the De Gea saga, pointing fingers at one another over who was to blame.

Real Madrid have tried to convince their fans that Los Blancos done everything right to secure the deal, while United have delayed over the matter, as a result the transfer couldn’t be completed in time. Manchester United have issued a counter-statement where they claim the club are ready to submit all the formal documents to FIFA to prove they’ve conducted their business ethically.

Spain will face Slovakia on Sept 5 and Macedonia on Sept 8 in the upcoming qualifying matches.