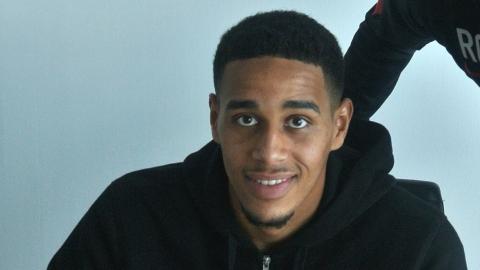 Manchester United have signed young right-back from Salford City, Sadiq El Fitouri, who will link up with Warren Joyce’s under 21-squad, the club has confirmed.

The 20-year-old right back impressed during a week’s trial at the AON Training Complex and earned his permanent switch.

“This is honestly a dream come true for me and I have to thank Salford City for the chance, as well as the faith they have shown in me,” said El Fitouri. “I am really looking forward to what happens next and to be given the opportunity to do so at Manchester United is unbelievable.”

Also, in other news, Manchester united’s fourth choice goal keeper Ben Amos has joined Bolton Wanderers on a one-month loan deal and could face Liverpool in the FA cup next week.

#mufc and Bolton have agreed a deal for @Amos40 to join the Championship club on a month-long loan deal. pic.twitter.com/kmB0mxtn4n — Manchester United (@ManUtd) January 30, 2015

Bolton goal keeper Adam Bogdan has been ruled out for six week with an ankle injury hence Neil Lennon was forced to make this quick recruitment.

Amos, 24, doesn’t have a long term future at United as he won’t be offered a new contract when his contract expires in the summer.

Amos made his United debut six years ago and played for Peterborough United, Molde, Oldham Athletic, Hull City and Carlisle United, on loans.

With this move, he becomes the third United player to leave he club this month. Recent reports also suggest that midfielder Darren Fletcher is set to join West Ham as well.