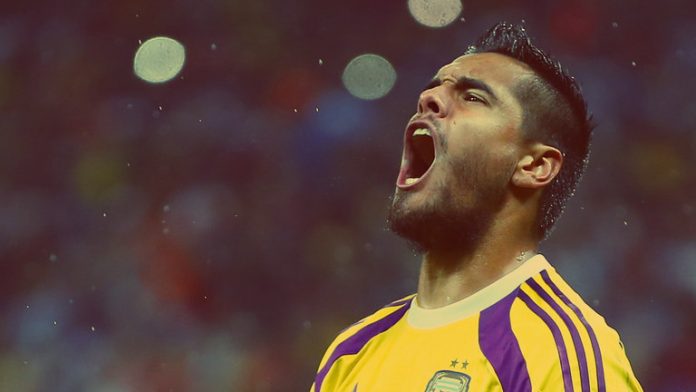 Manchester United completed the signing of Argentine goalkeeper, Sergio Romero on a free transfer, after the player ran down his contract with Italian outfit Sampdoria, yesterday.

Sergio Romero, the World cup finalist will sign a three year deal at Manchester United with the option of extending another year.

Manchester United manager Louis Van Gaal confirmed that Sergio Romero is part of a contingency plan in case the club let go of Spanish international, David De Gea, who is keen on a move to Real Madrid.

Manchester United fans will no doubt be eager to see their new goalkeeper in action.

Sergio Romero enjoyed a wonderful World Cup campaign with Argentina, who ended the tournament as runners up.

Here are some of his best saves from the World Cup and a glimpse of what Manchester United fans can expect to see next season in the Premier League.

Romero finished the tournament as one of the best keepers and will no doubt excite the Old Trafford faithful. However, one has to admit that it is quite an underwhelming signing especially considering the fact that Manchester United had a better number two in the former Barcelona man, Victor Valdes.