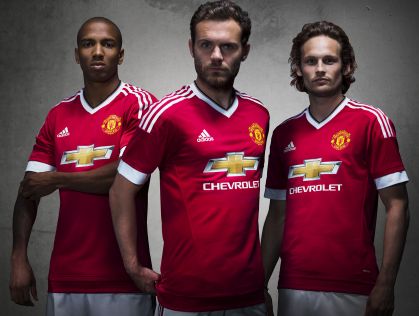 Manchester United will kick-start the new campaign as they take on Tottenham Hotspur in the opening fixture at Old Trafford on Saturday. Soccerlens brings you the preview of the Red Devils’ 2015/16 season.

Radamel Falcao’s loan deal was not extended after a disappointing season and the Colombian international was followed by the former Arsenal captain out of the club.

The English giants made a trip to the United States for the 2015 pre-season tour, where they took part in the International Champions Cup. In the opening fixture, they sealed a 1-0 victory over Club America where the summer signings from Southampton scored the only goal.

It was a 3-1 victory in the next two games against San Jose Earthquakes and treble winners Barcelona. The clash against the La Liga giants saw United dominate the game, especially after introducing youngsters in the second half.

They ended their pre-season tour with a 2-0 defeat to Paris Saint-Germain and their performance was below par against the Ligue 1 winners, when compared to the first three matches.

After finishing seventh under David Moyes’ dismal spell at Old Trafford in 2013/14 season, Louis van Gaal took over the club last summer following an impressive spell with Netherlands in the 2014 FIFA World Cup.

Despite a poor start where Red Devils bagged 13 points from first 10 matches, United finished in top four and made it to this season’s top European competition. However, to seal the group stages berth, United need to overcome the qualifiers, which is scheduled later this month.

After an early exit from the Capital One Cup and a defeat to Arsenal in the FA Cup last season, the priority for United and Van Gaal would be challenging for the title. At the time of this story being published, there are no new additions made to the squad this month.

There are strong rumours that Barcelona star Pedro will make a switch to United in the coming days, while Angel Di Maria move to Paris Saint-Germain is all but done after the Argentine international completed his medical in Doha.

Pedro could take the place of former Real Madrid star in the squad. In addition to this, the potential exit of David de Gea to Real will also be a massive blow. He has one year left in his contract and Van Gaal admitted the Spaniard could be allowed to leave.

With Di Maria and De Gea’s potential exit, it will force United to make further additions to the squad when the transfer window is still open. Having a solid defence and a striker who can score 30 plus goals will put any club in firm position to challenge for the title.

Midfield has been strengthened by the arrival of the German international from Bayern Munich and Frenchman, who will also be supported by Michael Carrick. The England international was the star player for the Old Trafford club last season.

However, the departure of Van Persie and Falcao (which will not make huge difference based on his form at United), will leave the Dutchman with Captain Wayne Rooney, along with James Wilson. He also has the services of Chicharito who returned after a season long loan from Real.

The Mexican international’s future at the club is uncertain and that leaves Van Gaal with Rooney and Wilson. The latter is young while relying on the England captain will be a massive gamble, if United fail to bring in another quality striker, even if they manage to keep hold of Chicharito.

Similarly, strengthening the heart of the defence by bringing in one central defender in the ongoing window will be very vital for United. By signing a quality striker and a centre-half, they will be firm contenders to win the league this season. Signing either one should also help them as well.

Can United win the league or will it be another top four finish in the 2015-16 season. Please let us know your thoughts in the comments section below.