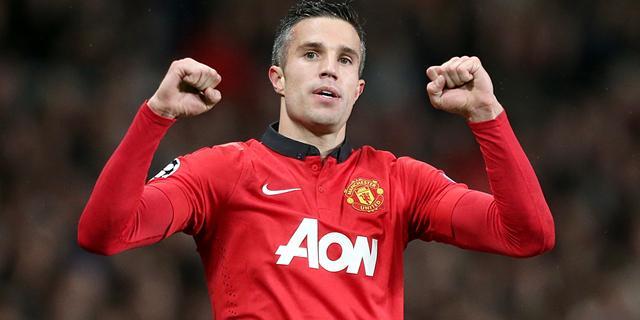 Manchester United striker Robin van Persie has moved to put an end to the speculation regarding his future by insisting that he is happy at the club, and would even consider extending his stay at Old Trafford beyond his current contract.

The 30-year-old, who has been visibly distraught during United’s plight this season, says that he is still enjoying life in Manchester, and would be willing to negotiate an contract extension at the club,

“The truth is I’m very happy here,” he said in an interview for the match day programme, ‘United Review’ (via the BBC),

“I signed for four years and I’d be delighted to stay longer, beyond the next two years I have on my contract.”

It had been said that Van Persie was dissatisfied with new boss David Moyes’ training methods at the club, and that he had even submitted a transfer request before January.

But the striker’s latest comments will surely put an end to the speculation, with Van Persie praising Moyes for his commitment to the United cause, saying that there is a ‘mutual respect’ between them,

“There is no doubt I’m learning new things and progressing with David Moyes,” he added,

“The sessions we have on the training ground are fantastic and I’m learning a lot from them every day.”

“There is mutual respect between us and the work environment is actually good. He really wants things to work and I want the same.”

Van Persie has endured a stop/start season due to injury problems, but now back to full fitness, he will undoubtably be crucial for United as they continue to push for an unlikely Champions League slot.

What do you think? Will this put an end to the speculation concerning his future? Let me know in the comments below…