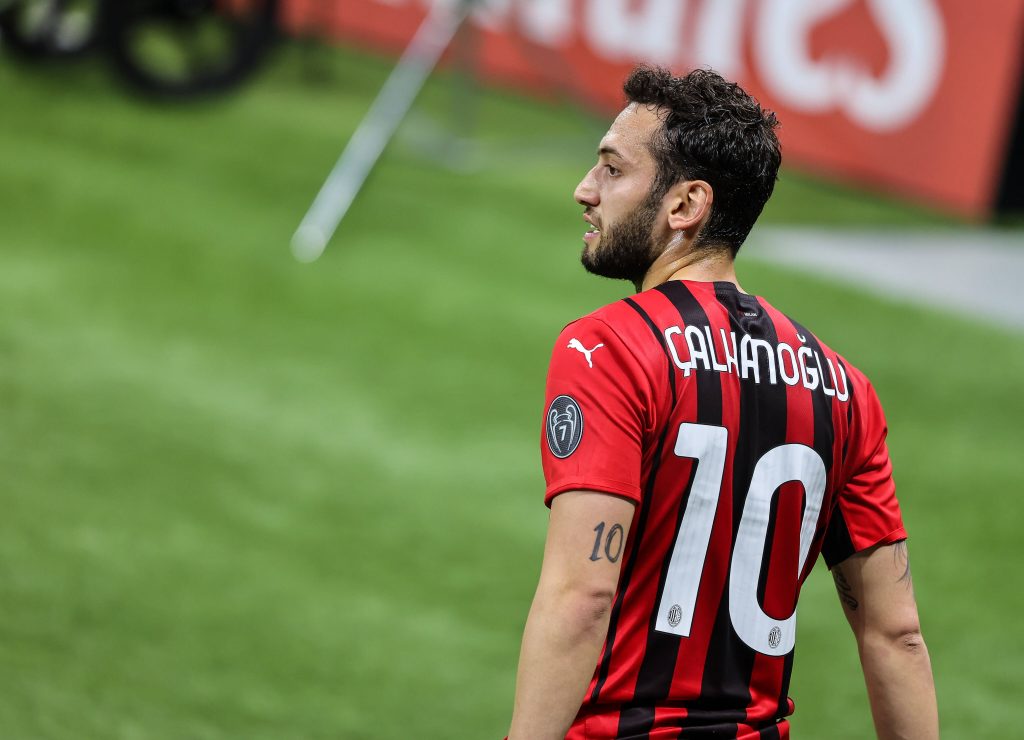 Manchester United are among the clubs interested in signing AC Milan attacking midfielder Hakan Çalhanoğlu, according to Tuttomercatoweb.

The Turkey international’s contract with Milan ends this summer, and he looks set to leave the club on a free transfer.

The 27-year-old played 33 times in the Serie A last season. He was a regular for Stefano Pioli’s side as they finished second in the league.

Çalhanoğlu joined Milan in 2017 from Bayer Leverkusen. After nearly four years with the Rossoneri, he has yet to win a major trophy and will now feel that the time is right for a new challenge, especially as he is at the peak of his career.

United are keen to bolster their midfield options ahead of next season as they look to challenge for their first league title since 2013.

The futures of Paul Pogba, Juan Mata and Donny van de Beek are all uncertain, which means that Ole Gunnar Solskjaer will need to look to the transfer market this summer.

Çalhanoğlu could be a good addition to United’s midfield, but they may need to fend off competition from Juventus.

New boss Massimiliano Allegri sees Çalhanoğlu as a potential replacement for Cristiano Ronaldo who has been linked with a move away from Turin this summer.

With Ronaldo’s contract set to expire in 2022, Juventus may look to sell him this summer to avoid ending up losing him for free.