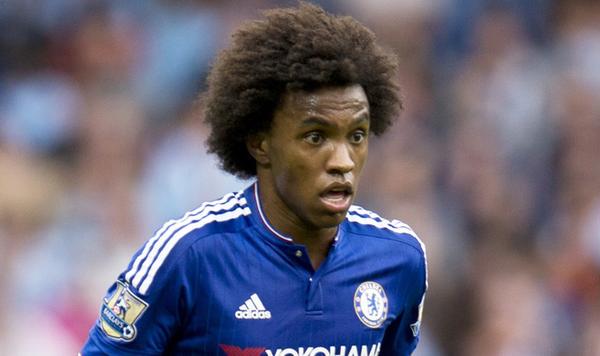 Mourinho tried to sign the the Brazilian winger last summer but he failed to persuade him to leave Chelsea and join United.

According to reports from Yahoo Sports, United will up their interest in the 28-year-old.

United are expected to conduct big money transfers in the summer as Mourinho wants to sculpt the squad to his own taste.

The likes of Wayne Rooney and Ashley Young are certain to leave Old Trafford in the summer, and Mourinho wants to bring in someone with Premier League experience to avoid a settling-in period.

Willian revealed in an interview with Globo Esporte last month that Manchester United approached to sign him last summer. He said:

There were enquiries, yes. It was from Manchester United, because Mourinho is there too.

From other clubs I don’t know but there are always some things on the internet. I’m glad to hear that there are clubs that admire my work.

The 28-year-old was arguably Chelsea’s best player during their dismal campaign last season, but the Brazilian star has struggled to replicate his form this term.

He started 13 league games under Antonio Conte at Stamford Bridge. Willian has said time and again that he is happy at Chelsea, and is currently not looking to move elsewhere.

Manchester United are reportedly interested in signing Atletico Madrid striker, Antoine Griezmann, but the Frenchman has confirmed that he is in no rush to leave Spain.

Tottenham defender, Toby Alderweireld, is also on the list of summer transfer targets for Manchester United. However, it will be difficult for United to convince him to change clubs, as the Belgian defender is currently in talks with Spurs over a new contract.