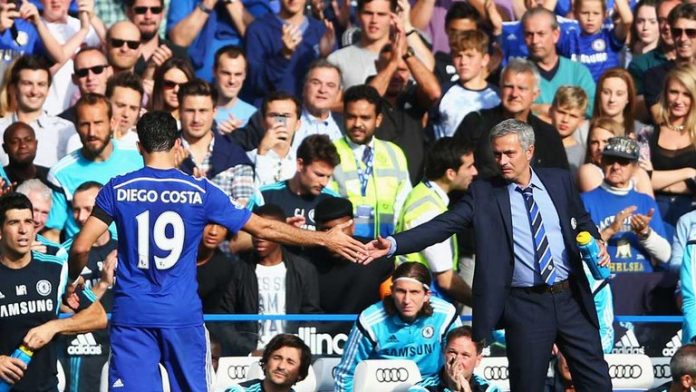 The Spanish international has been linked with a move away from Stamford Bridge at the end of the season and according to latest reports, Manchester United are interested in the notorious Chelsea frontman.

Atletico Madrid are also keen to take him back to Spain, but Manchester United can flex their financial muscle and easily outbid their rivals.

It is understood that Manchester United are ready to submit a £47m bid for Costa. Chelsea have been linked with the likes of Cavani, Higuain etc and it will be interesting to see if they decide to sell one of their best players to Manchester United once again like they did with Juan Mata in the past.

Despite his inconsistencies this season, Diego Costa is a phenomenal player and would add some much-needed bit and aggression to the Manchester United attack.

If United do agree on a move for Costa, the Spanish international will be reunited with Jose Mourinho at Old Trafford next season. Mourinho, who is close to taking over at Old Trafford was the man who brought Costa to England.

It will also be interesting to see how Costa reacts to Manchester United’s offer knowing that he will have to play under Mourinho. The striker had a bust-up with the former Chelsea manager during his time at Stamford Bridge.