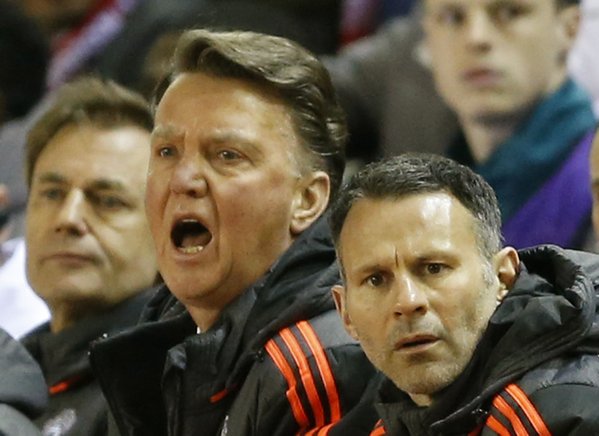 Manchester United produced a lackluster performance as they lost 2-0 to arch-rivals Liverpool in the first leg of the Round of 16 Europa League tie at Anfield on Thursday night. We bring you here the Manchester United player ratings from the game.

Had it been not for the world class De Gea, the scoreline would have easily looked 4-0 or 5-0. Thanks to Real Madrid’s fax machine, the Red Devils are still alive in this tie. The Spaniard pulled off remarkable saves to deny Sturridge, Coutinho and Lallana.

The 22-year-old had to check his attacking instincts as he didn’t want to leave space for the likes of Firmino and Coutinho to exploit.

Misread the ball and lost the footing to give Sturridge a golden opportunity to double Liverpool’s lead. However, De Gea came in rescue.

The Dutchman struggled to cope with Liverpool’s pace in the first half, and looked better when Carrick came on. Made few good runs towards the end of the game from the left wing-back position.

The Argentine blasted one shot way off target. He did a decent job though against Clyne, who overlapped frequently with Firmino.

Failed to make an impact. Apart from decent simple passing display (read as doing the basics right), he made little contribution to the side.

Louis van Gaal felt that the Belgian was one of the best players on the pitch, but in reality he had little impact in the game.

The Spaniard could have earned a penalty in the first half, but apart from that the United skipper on the night not only failed to raise his game, but inspire his teammates as well.

The Dutchman had cut a sorrow figure yet again. He was adjudged to have fouled Clyne in the box and gave away a soft penalty in the process. Wasted a free-kick from a good position.

With little help from fellow teammates, Martial looked isolated and failed to make any significant impact on the game.

LvG: “Fellaini was one of the best players on the pitch.”

Not sure I can carry on with this man anymore.

In a game against your arch-rivals, where there is silverware to play for, you’d expect UTD to turn up. Gutless, spineless, pathetic. Repeat

A poor performance from a poor team in a poor competition. Almost everything about United has become second rate.

De Gea must be wondering what the hell he’s doing at United these days. The only player who applied himself at Anfield, can you imagine…

Klopp is gradually transforming Liverpool into an energetic, coherent unit, in a way that Van Gaal has failed to do with Manchester United.