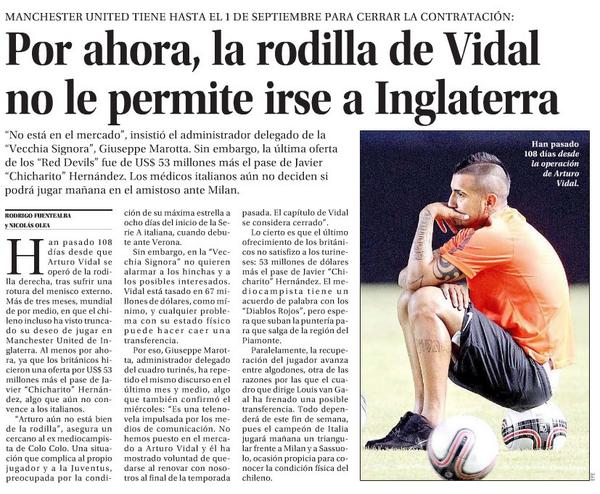 The full page story in the newspaper claims that this will be in probability United’s last offer for the dynamic midfielder, who has been the English giants’ top transfer priority in the summer.

The recent developments seem to be in line of what we reported earlier this morning. Javier Hernandez could be well off to the old Lady after falling the down the pecking order at the Red Devils and it looks like that his future is away from the club.

The Bianconeri though aren’t willing to sell Vidal for any price after making their decision public. Moreover Louis Van Gaal is also wary of player’s troublesome knee. We also reported a couple of days ago that Juventus Director Giuseppe Marotta has claimed that Vidal is now fully fine and has resumed training with the squad with his knee now being fully functional.

The report from El Mercurio also stresses that the Turin side might be enticed to part with their prized asset at his top price.