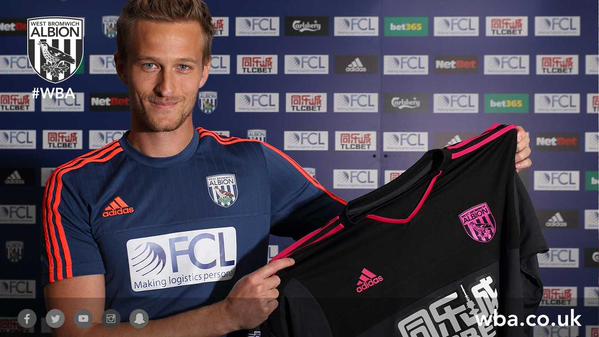 Manchester United have confirmed their goalkeeper Anders Lindegaard has completed a move to West Bromwich Albion on Monday.

” Best of luck to Anders Lindegaard, who has completed a move to West Brom. He played 29 times for #mufc,” United tweeted.

Best of luck to Anders Lindegaard, who has completed a move to West Brom. He played 29 times for #mufc. pic.twitter.com/wC6wAierZ7

Having featured 29 times, he has been the second choice keeper at the club. Impressive display from David de Gea over the years forced him to sit on the bench, playing second fiddle to the Spain international.

However, De Gea is also set for Old Trafford exit as he is close to completing a move to Real Madrid. The deal could see United get their keeper Keylor Navas move to England, who could replace the Spaniard as the new No 1. The situation will force Sergio Romero become the second choice keeper at United.