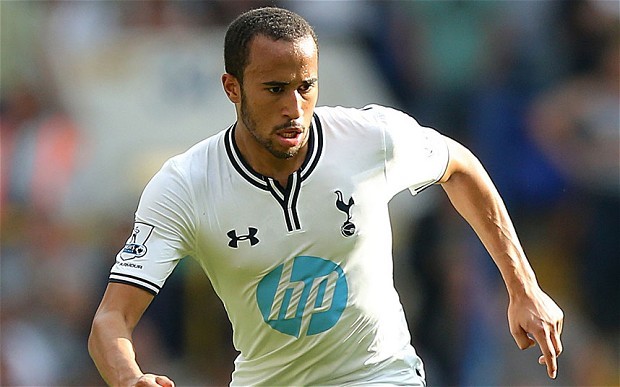 Manchester United have been linked with an audacious last-gasp bid for Tottenham’s Andros Townsend today.

The Old Trafford outfit have already added Juan Mata to their squad this month, but reports have emerged linking the Premier League champions with a sizeable offer for the Spurs winger.

The Sun states that David Moyes is a fan of the sprightly wideman, and tried to sign the Spurs youth graduate while he was at Everton.

Townsend has shot himself into the limelight this season with excellent displays for the North London outfit, and has broke into the England reckoning also.

The report suggests that Moyes is eyeing the 22-year-old as a possible replacement for Nani, who looks set to potentially move to Inter Milan initially on loan.

With the Scottish boss also believed to have concerns over the quality of Ashley Young and Antonio Valencia, the Tottenham star could well be the answer.

Townsend has not played for Tim Sherwood’s men since Christmas due to injury, but is believed to be on the verge of a return in coming weeks.

Given the winger’s impact for Tottenham this season, a sizeable bid would be needed to convince the White Hart Lane outfit to sell.