Manchester United midfielder Michael Carrick has pulled out of the England squad ahead of their Euro 2016 qualifier against Switzerland on Tuesday with a calf injury. He has returned to Old Trafford, and it remains to be seen whether he will regain his fitness in time to play a part in the blockbuster clash against Liverpool on Sunday. 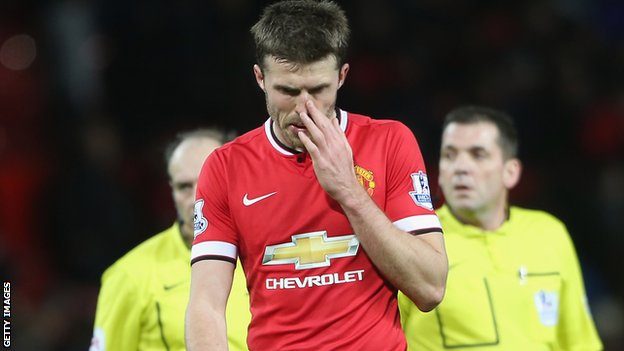 It was reported by Sky Sports that the knock isn’t expected to be too serious, and it is something Carrick has been carrying with him since the warm-up sessions ahead of the game against San Marino last week, which England won 6-0. Manager Roy Hodgson referred to his dropping out as more of a precaution than a major problem.

“He has had a preliminary scan and the doctors felt there is something there and it is up to Manchester United to look at it more closely”, Hodgson said.

Carrick started the first two games for United in the Premier League, both of which the Red Devils won 1-0. In the last two matches though, he has had to make do with appearance from the bench, with Bastian Schweinsteiger getting the nod. But, with the team winning neither of these encounters and Schweinsteiger failing to have too much of an impact, Carrick  is in line for a return to the side against Liverpool.