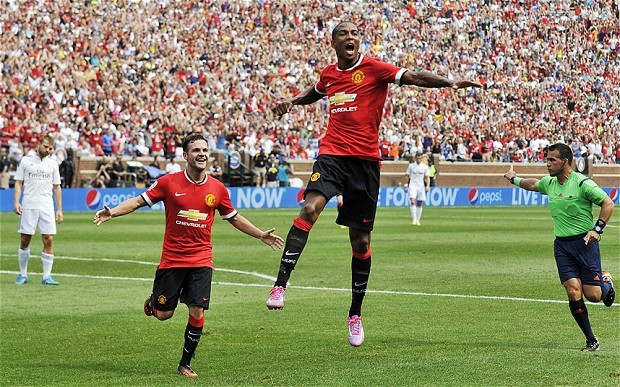 Louis van Gaal has confirmed he will be without the services of Ashley Young, James Wilson and Paddy McNair, along with long-term absente Luke Shaw for Manchester United’s Champions League clash against CSKA Moscow.

The Premier League giants travel to Russia for the third European group stage fixture of this season. Shaw picked up a foot injury in United’s 2-1 defeat to PSV Eindhoven. He is set to miss most part of this campaign.

McNair and Young missed Red Devils’ 3-0 victory over Everton, while young striker Wilson has been ruled out for the midweek Champions League clash due to illness. The good news is Antonio Valencia and goalkeeper Sergio Romero are both fit for CSKA on Wednesday.

“It’s the same amount of injuries so Luke Shaw, Paddy McNair and Ashley Young are not going with us. Willo was a little bit ill – Wilson as he is named but, for us, it is Willo – so he shall not travel with us,” Van Gaal told MUTV.

“I’ll take 20 players with me. It’s a four-hour flight so, if a player gets ill, I have the other player in my environment.”

“Of course that was the reason [Romero and Valencia were absent at Everton]. They have to cope with the jet-lag so I didn’t think it was wise to take them with us against Everton.”

United’s travelling squad to Russia is given below: