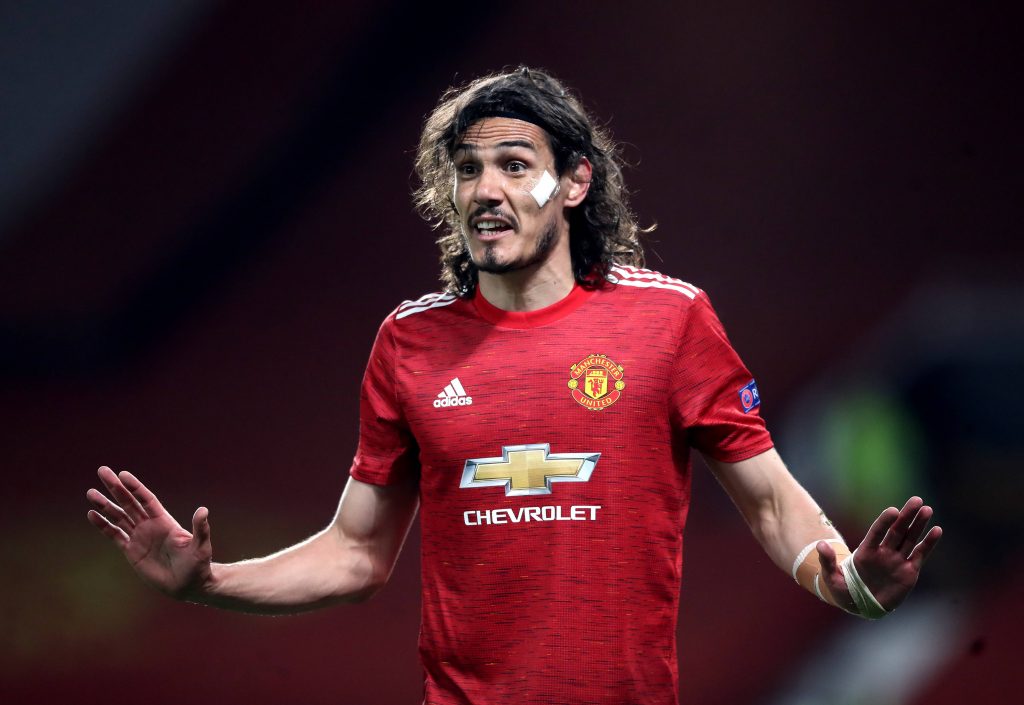 A selection of Manchester United fans on Twitter heaped praise on Edinson Cavani after his stunning performance against Roma in the Europa League.

The Red Devils hosted Roma in the first leg of their semi-final tie last night, and they made the ideal start with Bruno Fernandes scoring from a Cavani assist in the ninth minute.

However, Roma made a stunning comeback with goals from Lorenzo Pellegrini and Edin Dzeko before the break despite injuries to three key players.

Shortly after the interval, Cavani made it 2-2 for United, and he helped them pull ahead in the tie with his second goal following the hour mark.

United cruised to a 6-2 victory with goals from Fernandes, Paul Pogba and Mason Greenwood. Cavani created the penalty for Fernandes and also assisted Greenwood’s late goal.

It was a truly world-class performance from the 34-year-old, who ended the game with two goals, two assists and won a penalty for his side.

Here are a few Twitter reactions from United fans.

Always loved Edison Cavani right from his Napoli days. Shame he came to United so late in his career but I'm super glad he's banging in goals for us. Imagine if we had him before he went to PSG. Amazing player.

Edinson Cavani is 34 years old, what a player

Edinson Cavani with 2 goals and 2 assists.

The curse of the #7 shirt is finally over! pic.twitter.com/szri67IUt6

Cavani has had fitness troubles this term, but he has proved a quality performer when on the field with 12 goals and four assists from just 1,760 minutes of first-team football.

His current £210,000-a-week deal with the club expires in June, but they have the option to extend his stay for another 12 months through a clause in his contract.

Cavani has been fancied to return to South America with Boca Juniors, but the Red Devils will be hoping to convince him to stay for another campaign.

United have finally got over the semi-final hoodoo under Ole Gunnar Solskjaer and look set to play the final next month, barring a miraculous setback in Rome.