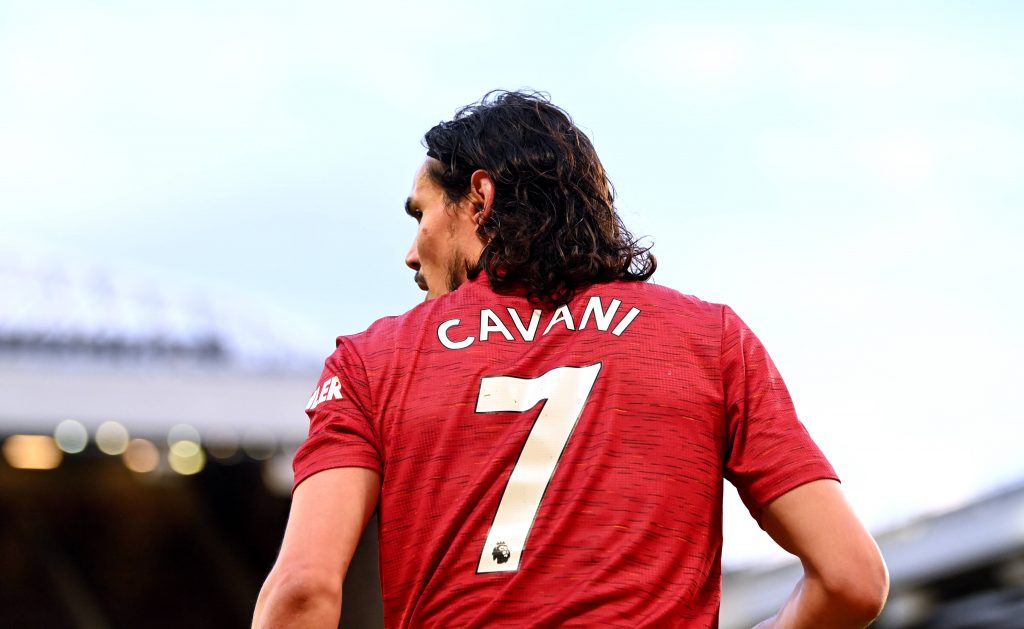 The 34-year-old joined the Red Devils in October 2020, signing a one-year deal with an option to extend for another year.

He was impressive in his debut campaign for United, scoring 17 goals and creating six assists in 39 appearances across all competitions.

There was huge speculation about his future at Old Trafford in the summer, with the experienced forward linked with a return to Boca Juniors.

However, he decided to extend his stay in Manchester, signing on for an extra year.

The Premier League giants could lose the former PSG star at the end of this campaign as Brazilian side Palmeiras are interested in securing his signature, as per reputed journalist Jorge Nicola (via the Express).

While several other clubs have also been linked with him, including Flamengo, Atletico Mineiro and Boca Juniors.

The 34-year-old’s current campaign has been affected due to injuries and quarantine as he played for Uruguay in the international breaks.

He has made eight appearances for Ole Gunnar Solskjaer’s side this season, with only one goal to his name.

The striker is now fully fit and available to start for United. He played in the 3-0 victory over Tottenham Hotspur last weekend and was impressive in that match.

While the Uruguayan footballer also started in the latest 2-2 draw against Atalanta in the Champions League.