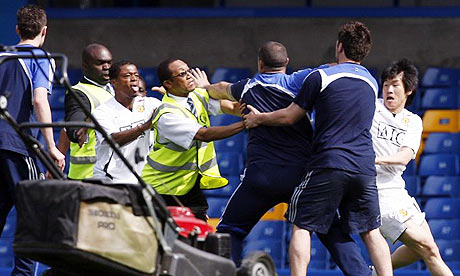 Manchester United and Chelsea lock horns this weekend, in what is a fixture with history. Although the Red Devils have already wrapped up the Premier League title, Sir Alex Ferguson will want to win at Old Trafford, while the Blues are involved in a battle for a top-four berth. Expect a few fireworks if past events during the Roman Abramovich era are anything to go by. 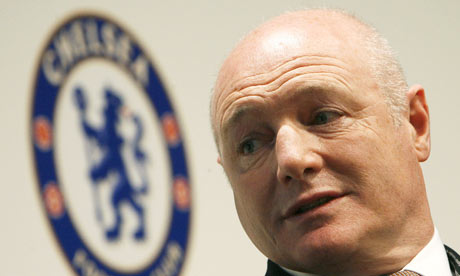 The move was seen as highly controversial given Kenyon’s long-standing position at Old Trafford and Chelsea’s new threat. Kenyon went on to tap up Sven-Goran Eriksson (before the later committed to England) and Ashley Cole (who swapped Arsenal for Chelsea for the ‘guarantee of winning titles’), before leaving Stamford Bridge in October 2009.

Abramovich’s millions have given the West London side considerable clout in the transfer market, and Chelsea have outgunned United on a number of occasions recently to win the race for signature of players. Examples include signing Michael Essien from Lyon, Michael Ballack from Bayern Munich and Arjen Robben from PSV Eindhoven.

However the most pertinent of late has been Chelsea’s summer acquisition of Eden Hazard, with both United and Manchester City keen. The Belgian played devil’s advocate, stating that his destination was England but not deciding on which club, before signing for the Blues under Sir Alex’s nose. Hazard will play a part in Sunday’s game.

Under Jose Mourinho, Chelsea had a significant period of domestic domination between 2004 and 2006, with the west Londoners claiming back-to-back Premier League crowns.

Chelsea won the 2004-05 campaign with a record 95 points, and Mourinho struck up a rivalry with Ferguson, which later turned into mutual respect.

The Champions League crown was Abramovich’s holy grail after winning the Premier League, and sacked Jose Mourinho after the Portuguese boss’ failure to deliver it. The Blues were one match away from glory in 2008, but were beaten on penalties by United in a close encounter in Moscow. 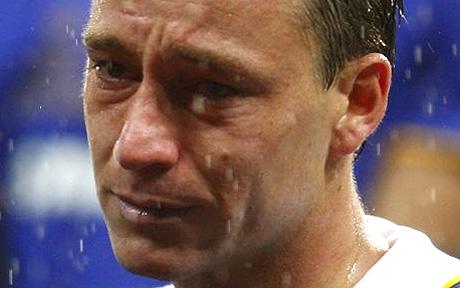 With goals from Cristiano Ronaldo and Frank Lampard, the game went to penalties only for John Terry to slip while taking his kick and Edwin van der Sar proving heroics to give the trophy to United. Tears ensued.

United also eliminated Chelsea from the competition at the quarter-finals stage in 2010-11, winning both legs.

In a clash between the sides in October 2012, Chelsea players complained that referee Mark Clattenburg had used racist and inappropriate language against a number of their players, with Jon Obi Mikel to the fore. 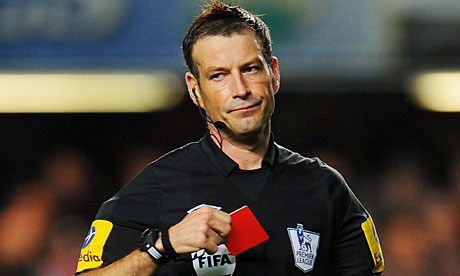 Controversy ensued when United won 3-2, with an offside goal for the Red Devils proving the difference at Stamford Bridge. Clattenburg also sent Branislav Ivanovic and Fernando Torres off, but was not charged for Chelsea’s claim of racism.

You called my brother what?

United and Chelsea both have a dominating England international central defender in their ranks, but they are not on talking terms after John Terry racially abused Rio Ferdinand’s brother, Anton. 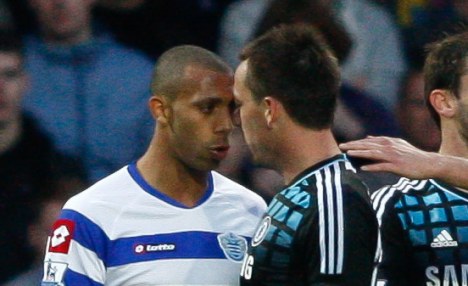 Ferdinand backed his brother, and there has been animosity on the pitch whenever the United man and Terry have met since.

Mikel signed for Manchester United in 2005, putting pen to paper on a contract and was pictured at a press conference with the Red Devils number 21 shirt. However, the Nigeria international had a change of heart, and later claimed that he had been pressured into moving to Old Trafford, and instead preferred a switch to Chelsea. 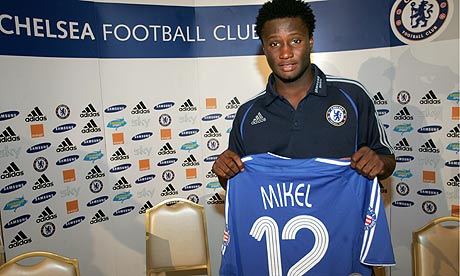 Counter-claims of corruption by Sir Alex were aimed at the west London club, but in the end, Mikel moved to Stamford Bridge, and will likely face United this weekend.

United defender Patrice Evra was handed a four-match ban and a £15,000 fine for an altercation with Chelsea groundsman Sam Bethall after a game in 2007-08.

Punches were thrown on both sides, with Park Ji-Sung coming to Evra’s defence in the clash also.

Chelsea have won 15 out of 31 clashes in all competitions with Manchester United since Roman Abramovich bought the club in June 2003. In the same period United have only won ten of the games, with six draws.

This record is a lot stronger than all other Premier League sides in their battle against Manchester United, with a number of memorable wins at Old Trafford. These include Chelsea beating United 2-1 in April 2010, 3-1 in March 2005 and 2-1 in the League Cup in January 2005.

A similar result will all but see Chelsea secure a top-four place this season.