I don’t need to tell you how great last night’s game at Old Trafford was. The early goal, the second-half comeback, Scholesy’s audacious flick – perhaps his only meaningful contribution of the game but what a contribution, Giggsy’s interception and run in injury time that brought back memories of THAT 99 semifinal – except he’s older now and instead of taking on defenders he chose to pass, and Rooney’s straight, low drive to the near post, and the look on his face while shooting told you that that ball was going straight to the back of the net.

There are a lot of things that could have gone differently. United’s backline was missing, there was no Saha in attack, etc etc. Milan had their share of problems too – Inzaghi wasn’t fit, Gattuso got injured, Maldini was taken off at half-time. Milan were away, United were home, the ref gave a couple of strange decisions (but none too controversial). It’s all part of the game (apart from the refereeing decisions, which need to be fixed), and it was good to see both sides move past their problems and focus on the game itself. 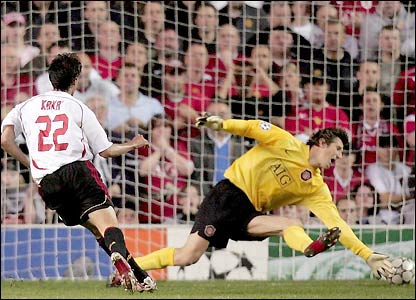 Both sides lived up to the expectations of a grand spectacle. Milan showed that they could mix it up with the fastest of them and their ability to control the game and change the pace as necessary is frightening, even if their only really-fast player is Kaka (who is scarily fast). Manchester United proved that their form on the domestic stage can be replicated on the European stage against top opposition even when the chips are down.

Taking a leaf out of ChelseaBlog’s playbook, here’s a look at what was good and bad about last night’s game: 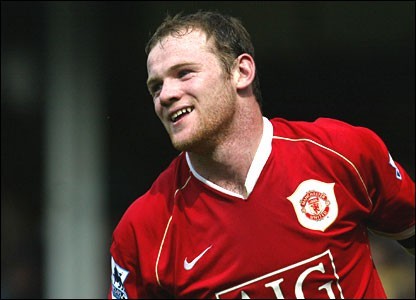 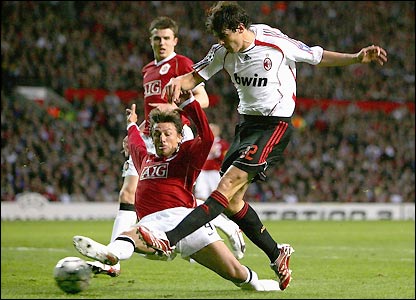