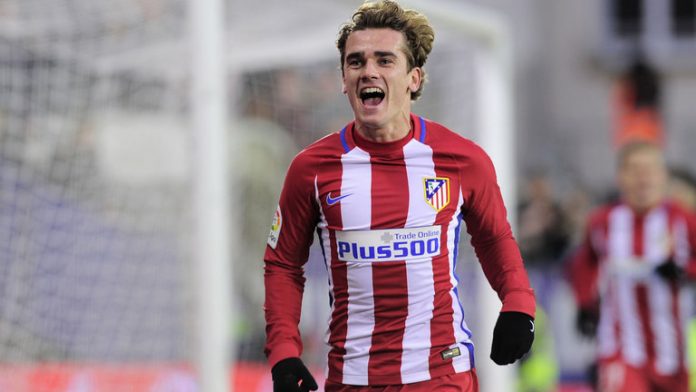 Manchester United have been dealt a major blow, with Barcelona agreeing an £88m deal with Atletico Madrid for French striker Antoine Griezmann, reports The S*n.

The £192k-per-week star looks on his way to the Camp Nou, not Old Trafford, at the end of the season. He’s been in fine form this season, scoring 23 goals in all competitions, and will make up an outstanding Barcelona attack already featuring Lionel Messi, Luis Suarez and Philippe Coutinho.

United came close to signing Griezmann last summer, but Atleti’s transfer ban until January 2018 meant they weren’t willing to part company with a player without immediately replacing him – Diego Costa was signed from Chelsea in September but couldn’t play until the ban was lifted months later.

Griezmann is good friends with United midfielder Paul Pogba and recently stated his desire to play alongside his countryman at club level, but Barcelona won the race for his signature.

Manager Jose Mourinho will now have to cast his eye on other targets, as Red Devils only have Romelu Lukaku and Marcus Rashford who are natural centre-forwards., after Zlatan Ibrahimovic left to join MLS giants La Galaxy in March.

Anthony Martial and Alexis Sanchez can operate in the striker role when called upon, but they would be makeshift options.