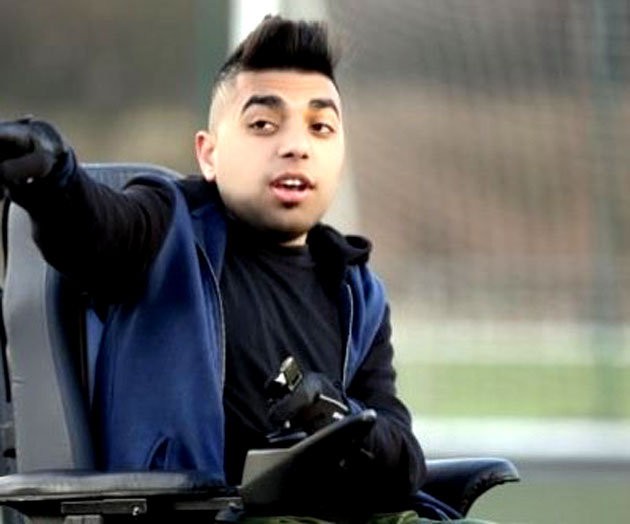 Manchester United, one of the biggest clubs in England and in the world, have time and again made ground breaking signings over the past couple of decades. They have shown class with yet another inspirational signing now.

The Red Devils have hired a new staff member in Sohail Rehman, who has become the first ever wheelchair-bound football coach at professional level.

“Big thanks to David Moyes,” Sohail told the Telegraph and Argus. “I did a coaching session at United and after that he was basically saying how impressed he was with me. He wanted to get me on board with the club – he started everything off.”

A United spokesman said: “We are absolutely delighted to welcome Sohail to Manchester United, his determination to reach a unique role in football is an example to us all.

“In the face of great adversity Sohail has shown that hard work and determination counts for everything in overcoming obstacles. Since coming to the training ground, everyone at Manchester United has welcomed Sohail with open arms.”

Club legend Nicky Butt said: “It is an amazing achievement and speaking to him he comes across as a young man who knows what he wants to achieve.

“It is magnificent now that he will be sharing these great qualities with young players of the future and I am sure they will be inspired by all that he has achieved.”

The 22-year-old Yorkshire bloke has been signed to specifically  work with the club’s academy.

We all know how the class of 92’ progressed through the ranks at United and young Rehman aspire to be progress like them.

In fact, he dreams big. His role model is none other than the great Sir Alex Ferguson and he wants to secure the top spot at Old Trafford someday.