Well, well, well! This is deadline day drama at its very best. According to reports from Spanish media outlet AS, Manchester United have agreed on a €65m deal to sign Colombian superstar Radamel Falcao. The report claims that the 28 year old will sign a four year contract earning a massive €9m per season.

However there are confusions flying around as Guardian have reported from their official Twitter handle that the player has agreed to sign on a loan deal.

Sky Sports reporter Bryan Swanson also reports that the Colombian is expected on a private jet to fly to Manchester before 5 pm to complete his move. 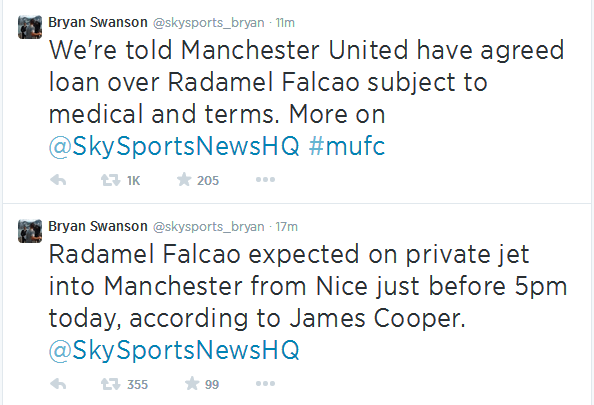 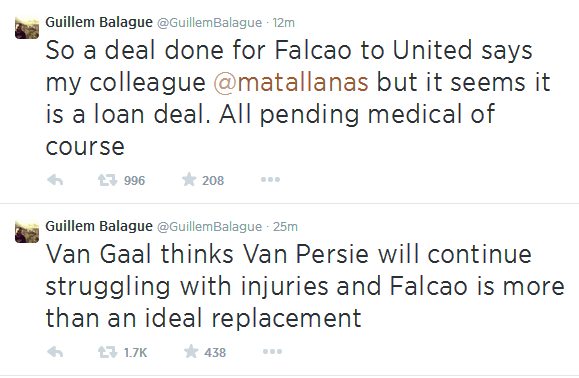