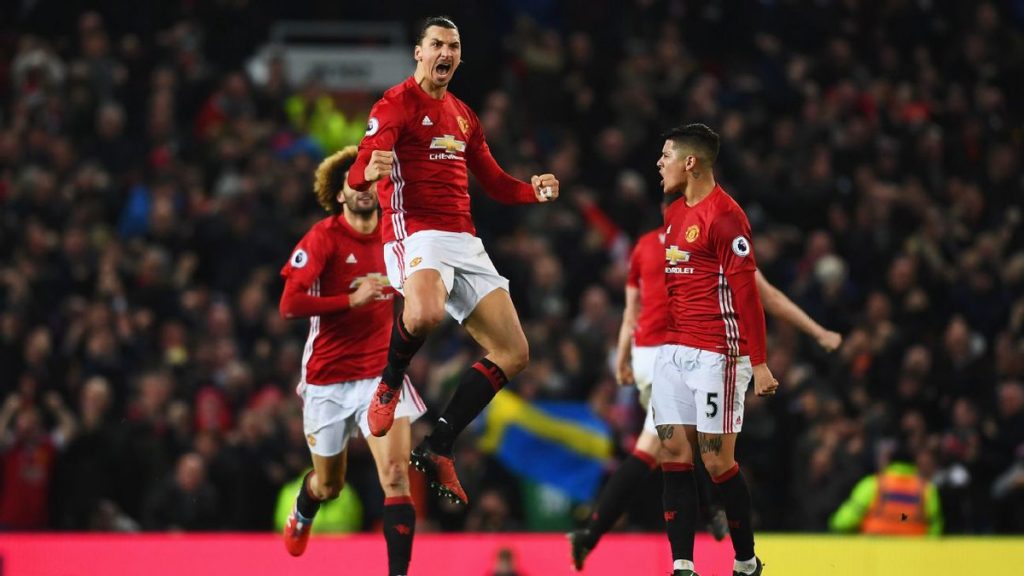 Zlatan Ibrahimovic etched his name as a Manchester United legend as he scored late on to salvage a vital point in the 1-1 draw against Liverpool on Sunday.

Liverpool took the lead through James Milner in the first half. Paul Pogba handled the ball inside the box, giving Liverpool a soft penalty. Both the sides created a few very good chances, but in the end the draw seems a fair result.

David de Gea (7) – The Spaniard wasn’t kept busy on the night, but did pull of a top save to deny Roberto Firmino from close range.

Matteo Darmian (5) – Offered very little going forward. Looked uncomfortable at left back, and was subbed in the 76th min.

Marcos Rojo (6) – The Argentine made a brilliant challenge to cover up a mistake from Jones before the interval.

Phil Jones (6) – Looked shaky and nervous in the first half and almost gave a goal away. Struggled against Liverpool’s pressing football.

Ander Herrera (8) – Played some gorgeous through balls and made several key interceptions. He was a dynamite in the middle of the park.

Michael Carrick (5) – The England midfielder really found it difficult to dictate the tempo of the game as he wasn’t given enough space and time to do so.

Paul Pogba (4) – Responsible for the penalty. Too many poor passes. Lucky to avoid punishment for wresting Henderson.

Henrikh Mkhitaryan (6) – Remained busy throughout, but should have scored when sent through on goal by Pogba.

Anthony Martial (7) – Looked lively throughout the first half and gave Alexander-Arnold a torrid time.

Zlatan Ibrahimovic (8) – A player like him needs but one chance to change the course of the game. He got one. He delivered.

Simon Mignolet (7) – The Belgian produced a strong display and made some pretty good saves throughout the match.

Trent Alexander-Arnold (5) – Looked more composed in the second half. Not easy for any youngster to face Manchester United at Old Trafford.

Ragnar Klavan (6) – Did well sticking tightly to Ibrahimovic, but could have done better in possession.

James Milner (7) – Took his penalty well. Solid at the back. Yet another consistent performance from the make shift left back.

Emre Can (8) – Apart from odd clumsiness in possession, he was brilliant throughout, and created a couple of good chances.

Jordan Henderson (7) – Pressed hard throughout, overall an industrious performance from the Liverpool skipper.

Georginio Wijnaldum (7) Rarely put a foot wrong, the Dutch midfielder got two great opportunities to kill the tie off.

Divock Origi (5) – Not a convincing performance, but did well in putting defensive shifts.