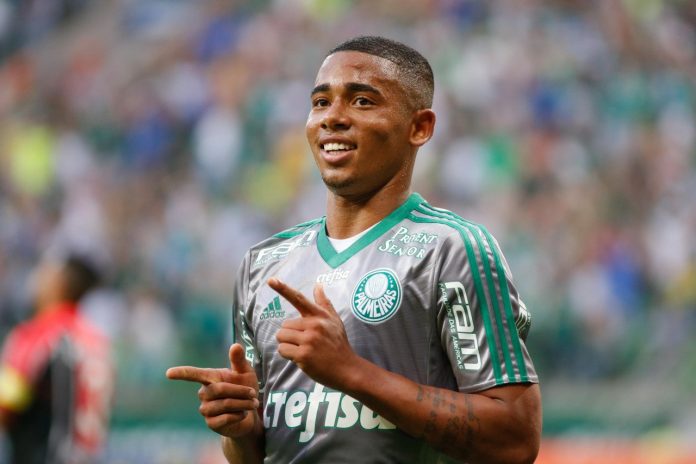 Manchester City have reportedly beaten Manchester United and Barcelona in the race to sign Brazilian forward Gabriel Jesus and will confirm the signing in the next 24 hours, according to Sky Sports.

Jesus, apparently, had a clause in his contract, that would allow him to join either of Manchester United, Real Madrid, Barcelona or Bayern Munich for €24m. Manchester City, however, stepped in and offered over €30m that changed the entire scenario.

Manchester United were reportedly interested in signing the 19-year-old forward and last month reports from Brazil claimed Jose Mourinho was preparing a mammoth €38m bid to lure him to Old Trafford.

The Palmeiras striker said last month in an interview that he had already sorted out his future but didn’t disclose the identity of the club. He said to Fox Sports Brazil:

It’s now clear that he has chosen to link up with Pep Guardiola at the Etihad. Sky Sports claim Gabriel Jesus “will be confirmed as a Manchester City player” in the next 24 hours which means the deal is being done, although we do not know how much City have paid for his signing.

The player will finish the season with Palmeiras in Brazil before joining the club in the winter. City are also reportedly closing in on a deal for Colombian forward Marlos Moreno.